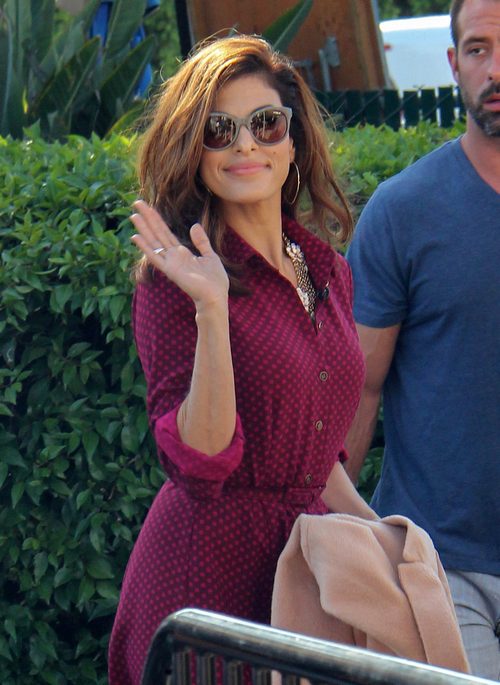 Eva Mendes and Ryan Gosling recently had their first daughter, baby Esmeralda. Even though most people assumed that Eva and Ryan would refuse to discuss their daughter in public [since they were so undercover during the pregnancy and birth], Eva actually spends a lot of time opening up about her daughter and her new role as a mother in an extensive interview with Violet Grey.

She explains that she doesn’t have a nanny yet, adding, “I’m completely exhausted. I thought my wild nights were over but these are some of the wildest nights I’ve ever had.”

Eva also opens up about privacy concerns concerning Esmeralda’s future, and adds, “Whether we like it or not, privacy is going to be very difficult for Esmeralda. I think it’s unfair but that’s our reality. So Ryan and I decided early on to give her as much privacy as we could. And my pregnancy was the first opportunity to give her that.”

One could fault her for saying that and being so open about Esmeralda in this interview, but we also have to understand her point of view in this matter. The birth certificate leaked, and everybody already knows that Eva Mendes and Ryan Gosling had a baby daughter named Esmeralda.

They’re not exactly hiding anything by refusing to speak about her, and at least this way, they’re keeping a small line of communication open with the public. No matter how much Eva Mendes and Ryan Gosling deny it, they’re actors – narcissism runs in their veins, and getting the attention is probably important to them.