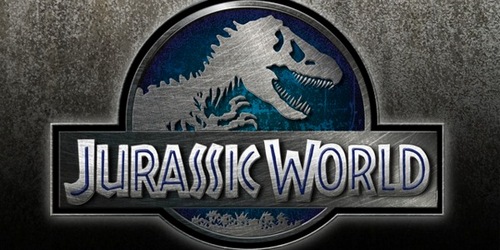 Several years after the Jurassic Park trilogy seemingly came to a close, Universal is banging out yet another Jurassic Park movie. However, this time the plot is significantly different from the previous Jurassic Park films, mainly due to the park finally being open! Plus, it’s called ‘Jurassic World‘, not Jurassic Park. However, keeping in line with the themes of the old films, the people behind the park get greedy and decide to one-up themselves to bring even more revenue to the parks.

Even though the park seems to be fully functional and working at the beginning of the film, the scientists in the movie [one played by Bryce Dallas Howard] create genetically engineered dinosaurs. Obviously, sh*t hits the fan after this, and the park once again becomes a hazard zone.

The trailer introduces us to all of our main characters, including Howard, Chris Pratt [playing a park ranger], and two kids visiting the park for vacation. It’s impressive seeing glimpses of the park actually open, since it was only teased for three movies in a row. It’s certainly a different viewpoint to open a film with, and this trailer reveals enough chutzpah to increase interest in the movie when it comes out.

Plus, Chris Pratt is riding high after ‘Guardians of the Galaxy’ swept the box office this year, and Universal is fully taking advantage of his star power to sell this movie. Of course, it’s a Jurassic Park movie, so it really only need minimal star power. In actuality, it sells itself.

What do you guys think about the trailer? Are you impressed? Or did it underwhelm you? The movie comes out on June 12th, 2015, so all in all, not too far away.