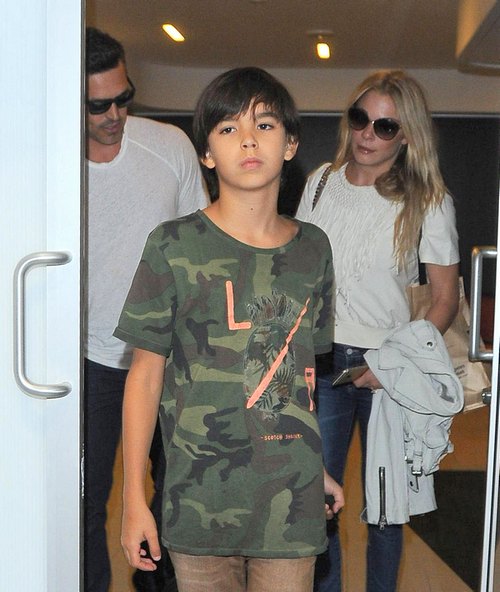 LeAnn Rimes is a petty, bitter, angry woman. Need more proof? In a lengthy Daily Mail interview [that she actually conducted a while back], she basically dissed her stepson – who is 11 years old!

She reportedly said, “I was super-driven as a kid. Even though I was on the road a lot, the teachers would give me homework and I would get it all done. I look at my 11-year-old stepson Mason, and I’m like, ‘I signed a record deal when I was your age. You’re still fumbling with tying your shoelaces.”

What a wonderful, kind, supportive mother. I guess we can’t all be like her mighty highness, especially since she signed a record deal in her pre-teens. First of all, Mason isn’t even her son. She pretends like those kids are her children, but they have a mother, Brandi Glanville, and she ain’t gonna be happy about this.

Second of all, does LeAnn Rimes really think it’s normal to sign record deals before you’re even old enough to attend high school? Teen years are for kids to be kids, not for them to spend all their time touring and making albums. There’s a reason that so many child stars and child musicians are screwed up, and that’s because they never have the opportunity to have a normal childhood.

It’s unfair to expect her stepsons to do what she did, just because of their perceived lack of ambition. It’s not NORMAL for kids that age to have that much ambition, and honestly, look where it got LeAnn Rimes – on a failing reality show and known mostly for her famewhoring tactics.

Don’t you guys agree? Let us know your thoughts in the comments below.