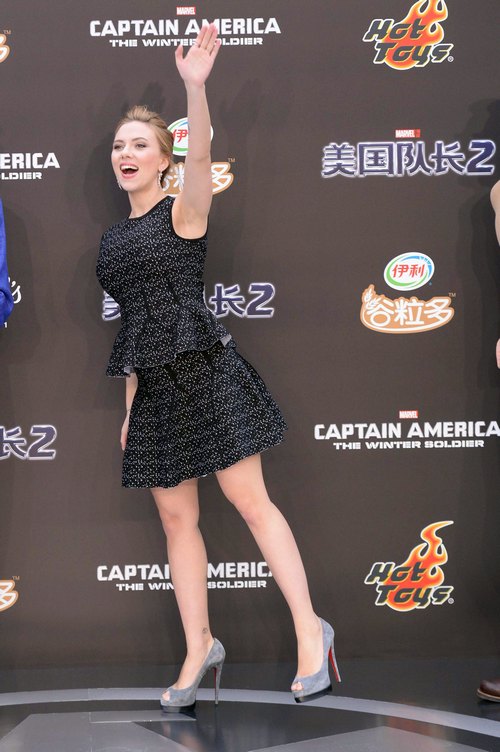 According to rumors, Scarlett Johansson secretly married Romain Dauriac, who is a hot French journalist and her baby daddy. A source told Page Six that they couple married after their daughter’s birth.

Scarjo has been strutting around with a gold ring on her finger, but has remained silent on whether on not she is married. In my experience, when a trick refuses to confirm their relationship status, you usually end up in a closet, hiding from their spouse and two kids. If that isn’t enough proof, a clerk in Granite County, Montana confirmed to People magazine, that Scarlett and Romain were married on October 1.

Wait…Montana? Not some charming chateau or a sexy French church? (Yes, my adjectives were switched, but anything French is sexy. Just look at Pepe Le Pew.) Regardless, the couple wed in the states.

Secret weddings are so en vogue right now. Secret babies are even trendier. Look at Eva Mendes and Ryan Gosling’s surprise-kid. Both celeb parents are trying to bestow the gift of privacy for their offspring. You know, in lieu of pimping pictures of them out to the highest bidder like those klassy Kardashians.

Johansson showed off her secret-husband at Monday’s Gotham Awards in New York. She was also flashing pictures of her secret-daughter, Rose, to fellow guests at the awards.