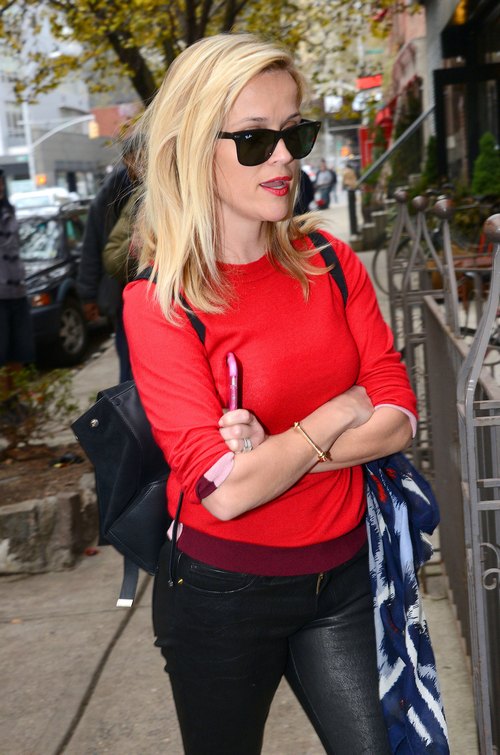 If you asked most people on the street, they would agree that Reese Witherspoon is the quintessential girl next door. At one point, she was considered America’s Sweetheart, even though that title is now bestowed upon Jennifer Lawrence. The ‘Legally Blonde’ movies and the Oscar for ‘Walk The Line’ cemented her place at the top of the A-list, where she’s been comfortably perched for the past decade or so.

However, Reese has had her fair share of controversies, most notably the arrest for disorderly conduct last year. Her ‘sweet’ image certainly took a hit after that, but she rebounded without any permanent damage to her reputation.

And now, it seems like Reese wants to get rid of the ‘sweet’ image for good. In an interview with Glamour Magazine, she explains, “I certainly didn’t self-identify as anyone’s sweetheart. I’m friendly, but I don’t think I’m sweet. I’m honest.”

Well, that’s not what she said a few years ago. Reese Witherspoon used to take full advantage of her ‘sweet’ image to get out of scrapes, and to cement her movie star status. And now – just when she’s trying to earn another Oscar nomination for a very serious role – she’s suddenly not ‘sweet’ anymore. I mean, I’m sure her arrest and her recent troubles will support that statement, but the dichotomy with which she’s presenting herself is interesting. She can’t have it both ways, and she should know that by now.

Granted, I’m sure she realizes that her days as America’s Sweetheart are already long past her, and that’s one of the reasons for her image change-up. She’s moving into producing and doing mostly Oscar bait-y films, and being ‘sweet’ doesn’t necessarily work in that cutthroat side of Hollywood.