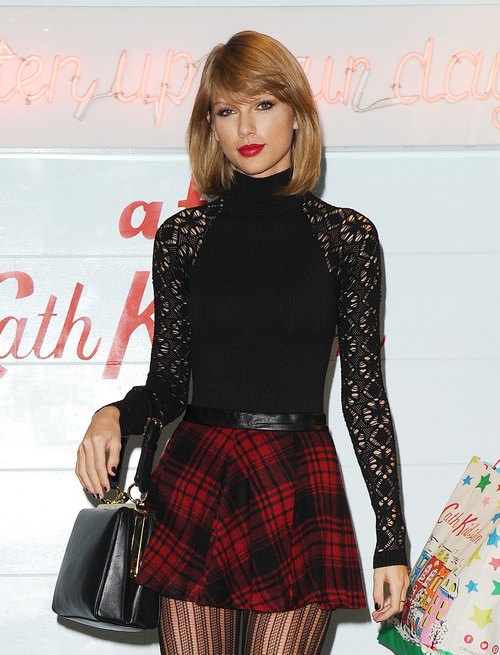 We already know that Taylor Swift holds grudges, but this might be one of the longer grudges she’s ever held. According to a report from the New York Daily News, Taylor is still upset about Jessica Hart‘s comments [that she made last year] about her lack of modeling ability.

For those who can’t remember, Jessica reportedly said that she didn’t think Taylor was cut out to be a supermodel, explaining, “You know what, God bless her heart. I think she’s great. But, I don’t know, to me, she didn’t fit. I don’t know if I should say that.”

Now, there was all this noise about Jessica getting fired from Victoria’s Secret, but that never panned out. Either the company was never serious about firing her, or Taylor Swift got a moment of remorse and felt bad about over-reacting to Jessica’s comment.

But alas, the bad blood between them didn’t end there. Sources told the NY Daily News that Hart wasn’t scheduled to be part of this year’s Victoria’s Secret fashion show, and it was all Taylor’s doing. Apparently, Taylor only agreed to perform at this year’s show IF and only if Jessica Hart was removed from the runway.

You have to remember that Hollywood [and by extension, the modeling industry and every other adjacent industry] runs like high school. If you mess with the popular girl, then you have to prepare to pay the price. Right now, Taylor Swift is the Queen Bee and Jessica Hart stepped on her toes. Taylor isn’t going to forget this slight for a long, long time, and she’s proving it by hitting Jessica where it hurts – the VS fashion show, and in the longer run, her career.