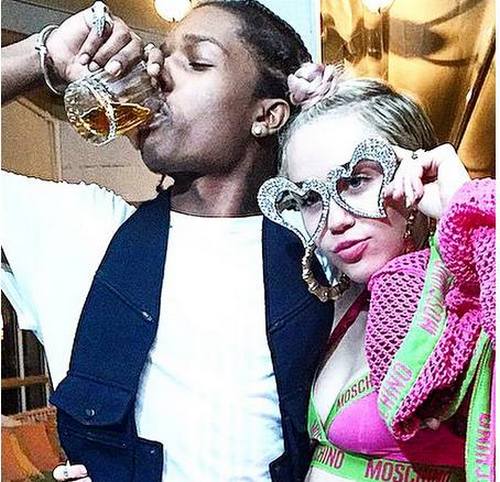 Miley Cyrus and Patrick Schwarzenegger went out for a second night of partying at E11EVEN on Thursday night. The two have been attached at he beer bong lately, and the rumor is that Patrick is fueling Miley to party harder than she normally does, not vice-versa.

Dressed in something that looks like Elton John would use to catch a mermaid, Miley and Patrick bumped into the queen of the drunk n’ stumble, Paris Hilton. While partying together, witnesses claim that Miley Cyrus and Paris Hilton made out. They reportedly weren’t shy in kissing each other and did it front of Patrick Schwarzenwhatever. 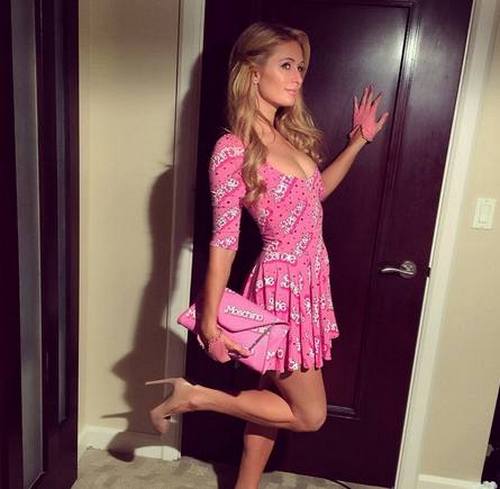 The massive celeb-studded party that is Art Basel Miami showed no signs of dying down last night (or this morning), with Miley Cyrus and Paris Hilton keeping the anything-goes action going by making out in the wee hours at E11EVEN, a cabaret/nightclub in South Beach, multiple sources tell E! News.

Us also had spies who added the fact that all three later left together around 5:30 a.m. Someone notify the Center for Disease Control. I am pretty sure this is how ’12 Monkeys’ started.

While there, each posted pics on the social networks. Miley posed with rapper A$AP Rocky, and Paris showed off her Barbie-themed Moschino dress before going out, captioning it, “I’m a Barbie girl, in a Moschino World.”