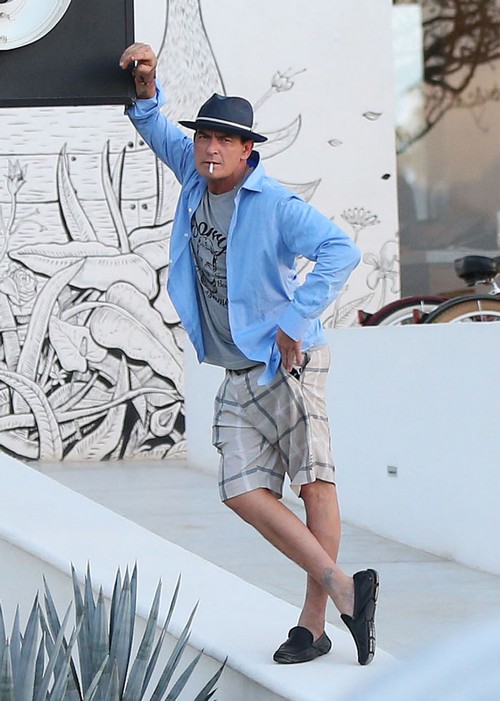 Charlie Sheen has settled his custody dispute his ex-wife Brooke Mueller. They were fighting over custody of their twin sons Max and Bob, but have since worked out an arrangement.

In the court documents, she claimed that he was too strict and was using corporal punishment on a regular basis as a means of disciplining their sons. In addition, she claimed that when had visitations with their kids, he was usually drunk. He said in response that she was basically in it for the money grab. Somewhere in the middle, they came together to work things out.

Today, the former couple were due in court, but have sidestepped that in order to work things out amongst themselves. TMZ reports:

Charlie settled, but we know he has serious beef with Mueller, saying her allegations are all part of a shakedown for cold, hard cash. He also thinks it’s ridiculous that Brooke is alleging misdeeds around alcohol, because he claims the twins were born with “the ultimate child abuse” — fetal alcohol syndrome.

We’re told Brooke wanted to move out of California with the kids but Charlie objected. They settled on Brooke being allowed to move within a 50-mile radius of his house.

If you were thinking that either of them had gotten their acts together, please don’t hold your breath. It’s not very likely that they worked this out together – but more likely that this was the fine work of many expensive lawyers.