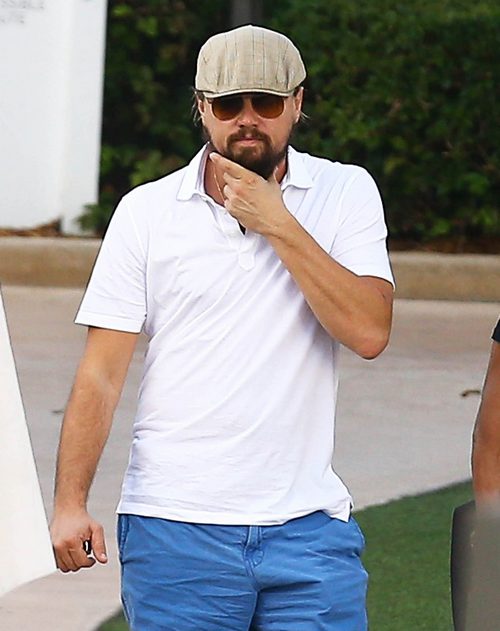 Leonardo DiCaprio has always been a huge player, even though he’s also kept up with a steady stream of Victoria’s Secret models as girlfriends for the past decade. What’s the saying? As he gets older, they stay the same age? Leo never, ever dates outside the 18-25 range, and since his latest girlfriend Toni Garrn was starting to age up, he decided to dump her and return to his playboy roots.

Eyewitnesses have reportedly been talking to the media about how they saw Leonardo DiCaprio leaving a Miami nightclub with twenty women on his arm. That’s right – twenty women.

The sources explained, “He left with 20 girls. Leo and 20 girls. He is my hero. He was overflowing with models everywhere. The Jonas brother looked scared, like he was going to drown and suffocate in the women. His face was hilarious.”

Oh, Leo. For real, this is not a joke. Leonardo DiCaprio left a nightclub with twenty women, probably scouted from the VIP section and meticulously scanned according to weight, height, and age. God forbid Leo should actually go home with someone that isn’t a model and/or over 25 years old.

It’s a bit sad, really. Here’s one of the biggest movie stars in the world, and at 40 years-old, he still goes home with different models every night. While that may seem like a fulfilling lifestyle to some, it just makes him look rather desperate and pathetic to everyone else – including people who used to call themselves his fans.

So far, his excessive partying lifestyle hasn’t affected his work, but it’s only a matter of time, isn’t it? Do you guys agree? Let us know your thoughts in the comments below.