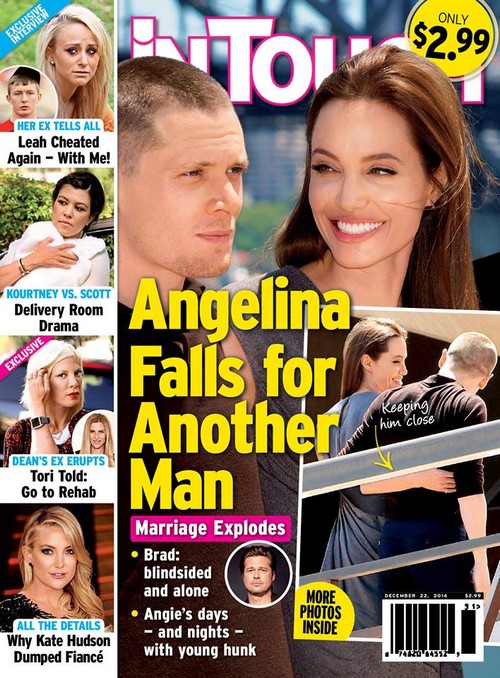 Angelina Jolie and “Unbroken” star Jack O’Connell are shown on the cover of the newest issue of “In Touch Weekly” magazine. He stars as Louis Zamperini in the movie that she directed and you just know that they had to get close to one another. He has boasted that she treated him like an equal during the filming on the movie, but we’re guessing she treated him like an equal in the bedroom, as well. And if she didn’t, then she is missing out!

Jack O’Connell is hot and we all know how much Angie likes to cozy up to her co-stars. The rumors of him dating Cara Delevingne only add a certain spice to their trysts because of how much she likes to wreck the homes of others. Did Angelina really fall for Jack during the filming of the flick? We could guess that she would’ve been dumb not to. He’s way younger and much hotter than Brad.

As Brad and Angelina’s marriage explodes, he is left feeling blindsided and alone. Meanwhile, she is busy banging the new guy without a care in the world. Somewhere, Jennifer Aniston is enjoying a laugh.