Bruce Jenner Covers ‘Star’; Is Going To Be A Woman Soon (PHOTO) 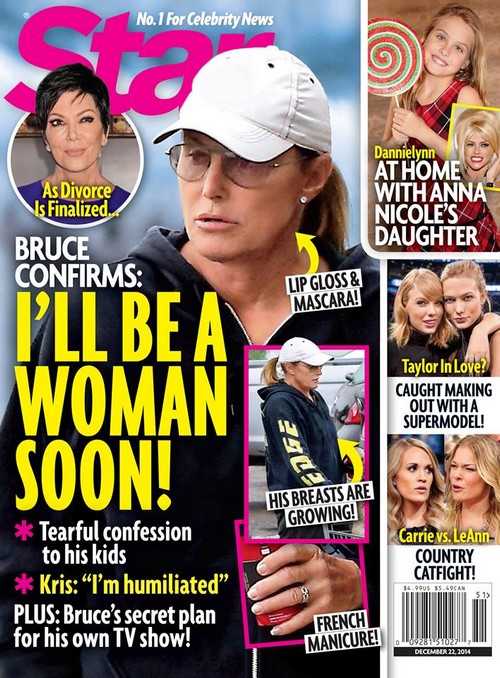 Former Olympian Bruce Jenner is featured on the cover of the latest issue of “Star” magazine. This week’s edition of the tabloid focuses on Bruce’s transformation into becoming a woman.

If you hadn’t noticed, Bruce has been busy getting his nails done into pretty styles, going through lip gloss at a rapid pace and wearing diamond studded earrings. Not only that, but Bruce reportedly has a penchant for crossdressing and has gotten his boobs done.

Jenner has already made his confession to his children that he is in the final stages of becoming a woman. Hopefully they all took it well enough. In this day and age, we can’t really criticize a man for wanting to change his sex so that he becomes an ugly old woman instead of an ugly old man. He is already looking the part of the old woman, but could you imagine what he’s going to look like when he goes ‘full woman’? I mean, when he starts wearing dresses, things are going to get crazy!

What do you think of Bruce Jenner’s transformation into a woman?