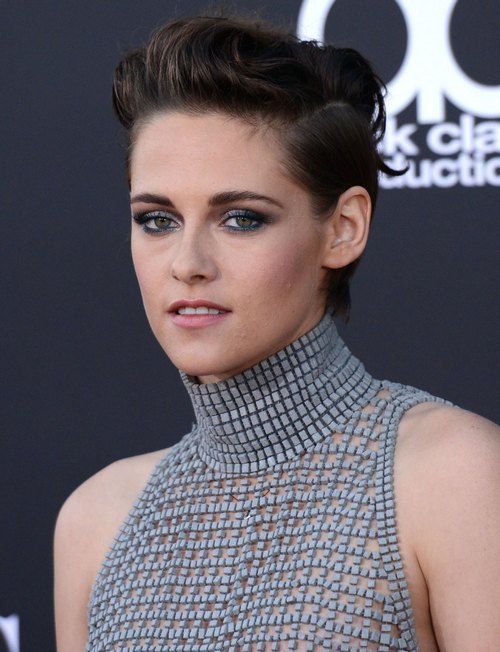 Kristen Stewart’s unofficial Oscar campaign for Still Alice is well underway, and that means she’ll be giving interview after interview regarding her performance in the movie throughout awards season. Golden Globe nominations are just days away, and so we are treated to a quite in-depth look into Kristen Stewart’s acting process in an interview with Indie Wire.

Kristen does touch upon her personal acting habits, including the much derided tic of running her hands through her hair. However, the way she explains it, “I don’t think I can ever step outside myself fully. It’s not the type of acting I want to do. I’ve been lucky enough to be allowed to do this. Everyone can tell me that I run my hand through my hair too much, and that’s fine because I’m truly there and very present in these moments.”

Well, I don’t know if the constant running motion of running her hands through her hair, biting her lips, and blinking every two seconds in Twilight is necessarily her ‘being present’ in the moment. However, several actresses work like this, and it is unfair of Kristen to get all the slack because her tics are more visible. There are actresses that tuck their hair behind their ear, or actresses that start shaking a little bit before emotional scenes. Even Jennifer Lawrence, America’s Sweetheart, has tics like looking down or pursing her lips during emotional or physical scenes, and the only reason no one comments on it is because it’s not as noticeable as Kristen’s tic.

Either way, Kristen’s performance in Still Alice is continuing to get rave reviews, so now it just remains to be seen whether she gets an Oscar nomination or not.