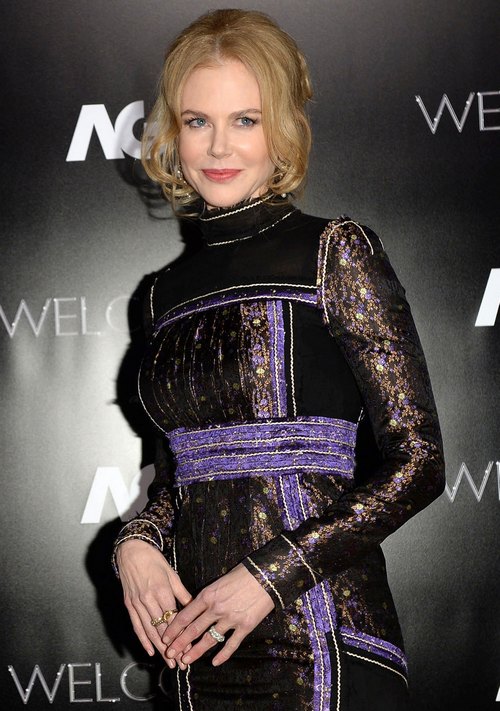 Nicole Kidman isn’t even attempting to hide the fact that she wishes she was pregnant, even though the rumor mill has been going into overdrive about Nicole’s latest attempts to get knocked up. Even though Nicole is 47 years old, she admits in a new interview with Elle Magazine [as part of her cover issue] that she wants to get pregnant again.

Clearly, Nicole Kidman’s publicist saw the potential issues in that quote getting published, but Nicole didn’t care. She added, “‘Off the record’? I don’t mind! Why not, right? I wish I was!”

Well, it’s nice that she’s not trying to hide the fact that she wants to get pregnant again, although it would be difficult for a 47 year old to conceive naturally. I mean, there are freaks of nature like Halle Berry and others like her who do get knocked up naturally at the age of 47, but they are very rare.

There were recent reports claiming that Nicole Kidman and Keith Urban were trying desperately for another baby, and that Nicole was using all sorts of artificial insemination tactics to get pregnant. Unfortunately for her, it doesn’t seem to have succeeded at all, even though I wouldn’t be surprised if Nicole and Keith ended up adopting in the end. Why not? All the Hollywood stars these days are adopting, so it wouldn’t be a shocker to see them following that route.

What do you guys think about Nicole’s desire for another kid? Let us know your thoughts in the comments below.