Kim Kardashian: ‘God Punished Me For My Hotness With Pregnancy Weight Gain’ 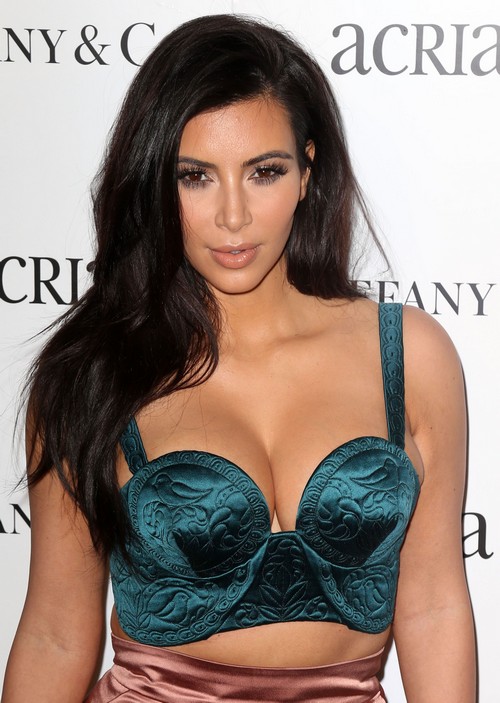 This may come as a surprise to absolutely no one, but Kim Kardashian is still a self-centered idiot with way too much of a voice. She has the nerve to think that God actually punished her for being hot by making her gain weight when she got pregnant with her first child North. Oh the humanity – let’s hope this one never breeds again.

In a recent interview with Elle UK, Kim Kardashian reveals her battle with her weight took an enlightening turn while she was pregnant with North West. The reality star said she was steadily gaining pounds during that 9-month period, which she deemed as God teaching her a lesson.

“I’d think God was doing this for a reason. He was saying: ‘Kim, you think you’re so hot, but look what I can do to you.’ My body just went crazy,” she said. “After five months I swore I’d never get pregnant again. I got so huge and it felt like someone had taken over my body”

The 34-year-old also mentioned that she’s had a battle with her physical appearance over the years, noting that it was a long journey to finally becoming comfortable in her skin. “It’s taken me a long time to be happy with my body and for my confidence to grow to what it is today. I grew up when the body to have was the tall, slim, supermodel one, like Cindy Crawford’s. No one looked like me.”

Kanye West’s wife later admitted that her self-confidence was tested over the years. “I’m an Armenian girl, I have shape, and it turned out people liked that. That makes me feel good about myself and about other women for being so supportive. I am a confident woman, but I didn’t just arrive confident – it has built over the years and that is a big part of who I am now.”

What a freaking nitwit. Like God has nothing better to do than to punish her for her perceived hotness. Someone shut this girl up already.