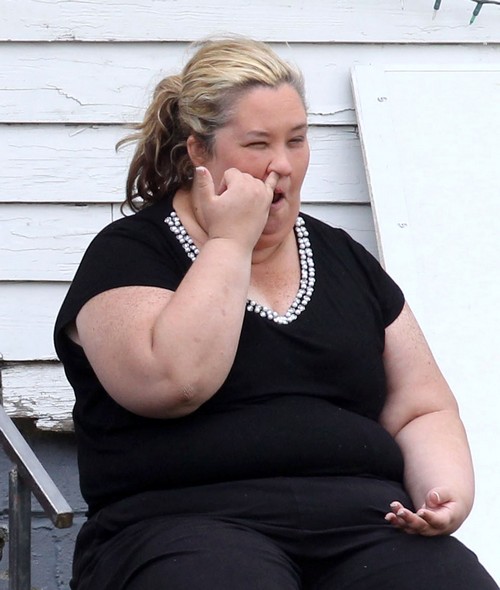 Mama June Shannon has a lot of nerve in calling out Sugar Bear for being a cheater, considering that she broke things off with him so that she could rekindle her romance with her child molester boyfriend Mark McDaniel. She’s pretty disgusting as it is, but this just takes the cake.

It was reported that when she called things off with Sugar Bear, she claimed it was because he was trying to use online dating to pick up someone new. Then it was revealed that her lies were just a cover up for her reconnecting with McDaniel. Now, she has claimed that he is a cheater and has been using Snapchat to pick up women.

I have text messages that I have took from his phone from different I am not mad just im tired of him downing me calling me names and telling them this all my fault lol not I dont normally put my business on fb but I think ppl should know the TRUTH bout him and I tried of seeing these girls hurt by his lies ….but if u r stupid to believe them go ahead as u will c the true colors before long promise u