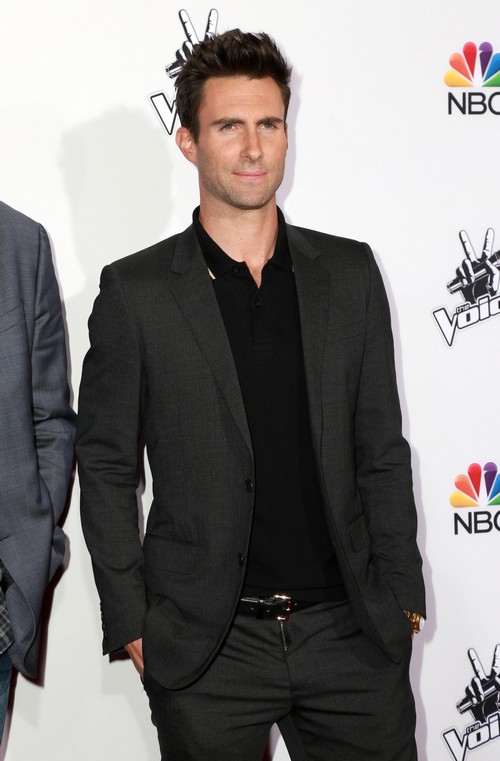 It’s #HotGuyFriday and for today, we’ve got the lovely, devilishly handsome singer for Maroon 5 and coach on “The Voice” – Adam Levine. Here’s a guy that was once seemingly afraid of any sort of commitment and now he is married and wants SEVENTEEN babies with his wife Behati Prinsloo.

He wants to get his own television show like the Duggars, doesn’t he?

He has opened up about his plans to get his wife pregnant over and over, but said that his plans for a big family won’t be put into effect quite some time. In the meantime, I am quite sure that there are hordes of women who wouldn’t mind being hooked up with Adam for some mommy duty.

After discussing the subject of children with Gwen Stefani, Adam said, “[I want] like, seventeen. Is that reasonable? I love kids so much though. I love seeing kids on the set too.”

Just because he loves babies, his wife shouldn’t think that he’s ready to get her pregnant at the young age of only 25. He said, “Yeah, we’re gonna do it at some point in the not-so-distant-slash-undisclosed-slash-I-really-have-no-idea-big-question-mark future. Is that ambiguous enough for you?”

Adam is known for his hot body, but he doesn’t think that having a bunch of kids will hinder his ability to hit the gym. He added, “I’ll make them work out with me!!”