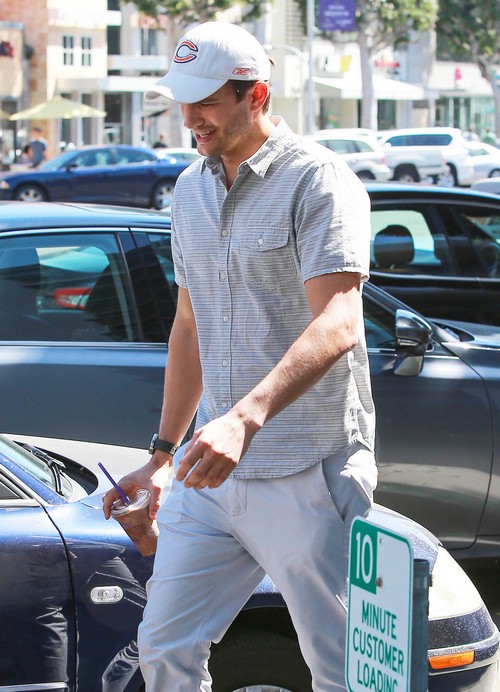 Ashton Kutcher is such a dork about having a baby that he has compared her birth to getting a new phone.

Kutcher and his fiance Mila Kunis welcomed little Wyatt Isabelle Kutcher into the world just ten weeks ago and he has joked that her birth is similar to having a phone of which the features haven’t been setup. He said, “It won’t take pictures and you’re like, ‘Why won’t my phone take pictures?’ and it won’t make calls and it doesn’t do a lot, but it looks really cute.”

He continued, “She found herself in the mirror and realized she was able to control the thing in the mirror, which was pretty cool.”

When speaking to Ellen DeGeneres, Kutcher said that Kunis is the greatest mother ever. He revealed to the talk show host, “But the most amazing thing about having a baby is my partner, Mila. She’s the greatest mom. I go to work every day and I come home and she’s like perfect. And it just seems like everything went amazing and I know that something probably didn’t go amazing, but she never complains.”

He added that they are against hiring a nanny because they want to know their daughter better than some random stranger. He added, “We just want to know our kid. We want to be the people that know what to do when the baby’s crying to make the baby not cry anymore. I think the only way to do that is by being the one who’s there.”