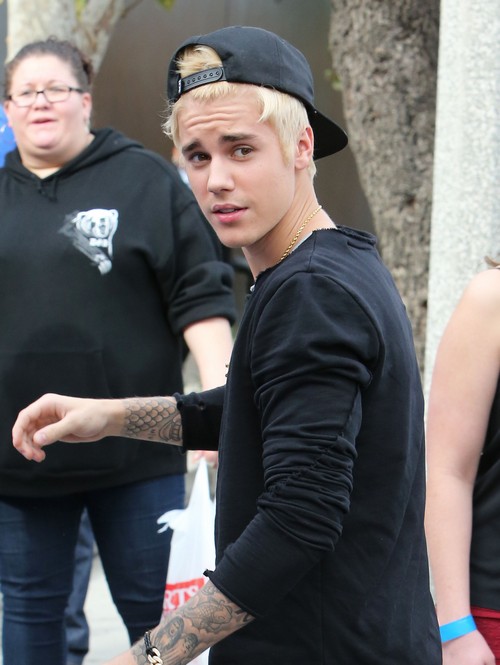 Justin Bieber recently bleached his hair completely blonde and at first, I thought it was because he was looking for a change in his appearance. Some said that he wanted to find out if blondes do have more fun. As it turns out, he dyed his hair just to impress his former squeeze Selena Gomez.

A source said, “Justin hopes Selena saw the photos. He wants her to see how good he looks. How healthy he is and that he’s changing for the better. He hopes the pictures impress her.”

The source continued, “Justin’s photo shoot was pretty much spontaneous. The photographer Nick Onken is a good friend. They know each other through Scooter’s brother Adam. They all went to Guatemala together in 2013 to visit one of the Pencils of Promise schools together.”

Another source has previously said, “Selena has been telling Justin to highlight his hair for the past year. He was always resistant to the idea so she thinks it’s strange that he would decide to dye his hair now. She’s surprised how blonde he went.”

Are you surprised at how blonde Justin’s hair turned out to be? Do you think it looks good on him or is he rockin’ the super mega douche look?