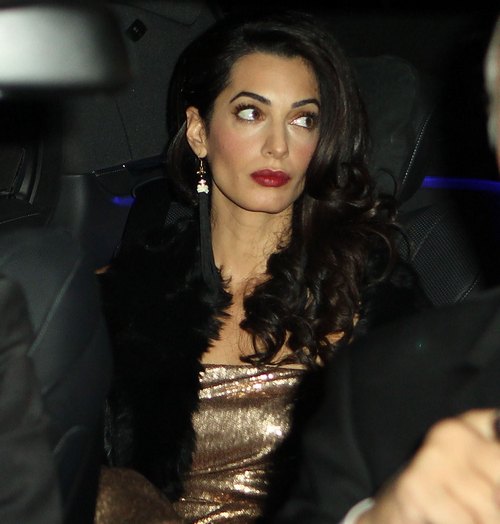 Did you watch Barbara Walter’s annual, ‘10 Most Fascinating People of 2014‘ last night? They should have called it ‘Babs’ Eye Roll Special’ because list lacked…well…fascination.

Taylor Swift (Perhaps she got a nod because she is a 12 year old girl trapped in the body of twenty-something trollop circa 1962?)

Elon Musk (Because he has a plan to save the world? Don’t we have Robert Downey Jr. for that?)

Chelsea Handler (Because it’s going to be fascinating to see what she does for career next since she has run out old men to shag her way into another show?)

But the real eye roll of all eye rolls came when she named Amal Clooney aka Amal Alamuddin as the ‘Most Fascinating Person of 2014.’ Why? Not because she is a human rights attorney. Nope. Because she married George Clooney. I’ve enjoyed plates of boiled carrots that were more interesting, but alas, I am but a humble blogger.

Perhaps the “fascination” lies in the fact that she isn’t George’s typical preference of night club hostess or flight attendant.