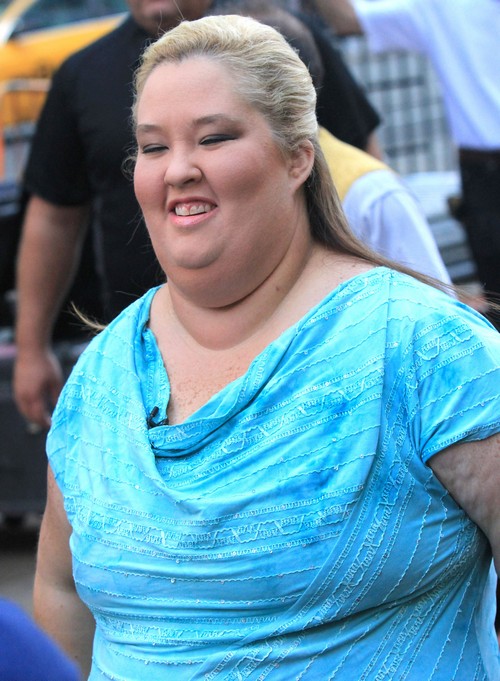 Mama June Shannon might need the money desperately following her abrupt dismissal from filming “Here Comes Honey Boo Boo” due to her sexing up a child molester, so we thought she might want to jump on filming a sex tape in order to cash in.

She accused Sugar Bear of using online dating to cheat on her and then began hooking up with the guy who molested her daughter Anna Cardwell. Mark McDaniel did ten years in prison for his charges and upon his release, June and him began hooking up again. It’s a sickening situation, naturally, but apparently June never believed her daughter’s claims of being molested.

Nevertheless, when TLC pulled the plug on “Here Comes Honey Boo Boo”, they also cut her paycheck for bringing on the negative publicity of dating McDaniel. Just recently, Vivid head honcho Steve Hirsch offered the duo one million dollars to do the nasty for the cameras, but June and Sugar Bear don’t feel like playing ball.

June says, “I have more respect for myself and my kids and my family,” adding, “It ain’t happening, not even for a zillion dollars.”

As for Sugar Bear … times may be tough but he feels the same way. He says he would never entertain the idea, regardless of how much they throw at him.

Was there really a market for this kind of thing anyways? Seriously, did anyone want to pay good money to see June and Sugar Bear going at it?