Bruce Jenner’s Womanly Transformation: No One Talks About It 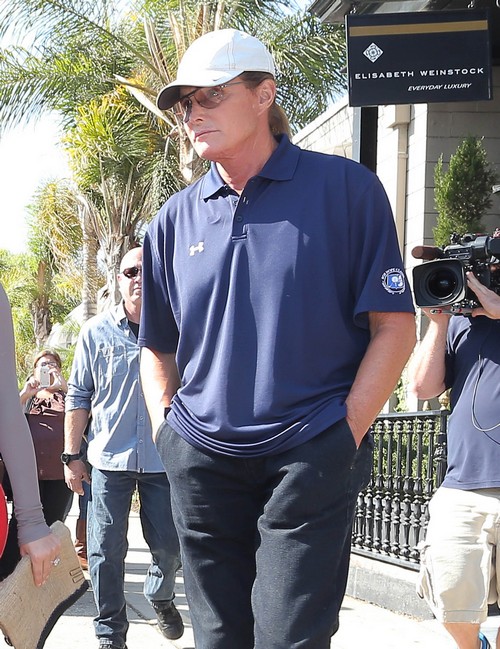 No one is talking about Bruce Jenner’s obvious transformation into a woman, not even those closest to him. Reportedly, while Bruce is undergoing changes to become a lady, his family members are avoiding conversation about the “pink elephant in the room.”

Bruce has been growing breasts, wearing nail polish, wearing earrings and is letting his lush hair grow even longer and some have said that is just the tip of the iceberg. The speculation surrounding Bruce’s change began when he got his Adam’s Apple shaved down and it’s been getting worse every time he’s in the news.

Bruce hasn’t really commented on any of the rumors, but has merely said that he didn’t like his trachea. Despite that, his soon-to-be ex-sister-in-law Karen Houghton said that his family remains behind him one hundred percent. She revealed, “His children love him very much. Whatever he wants to do with his life, his family will support him because he has ALWAYS given them nothing but love and financial support, unlike Kris.”