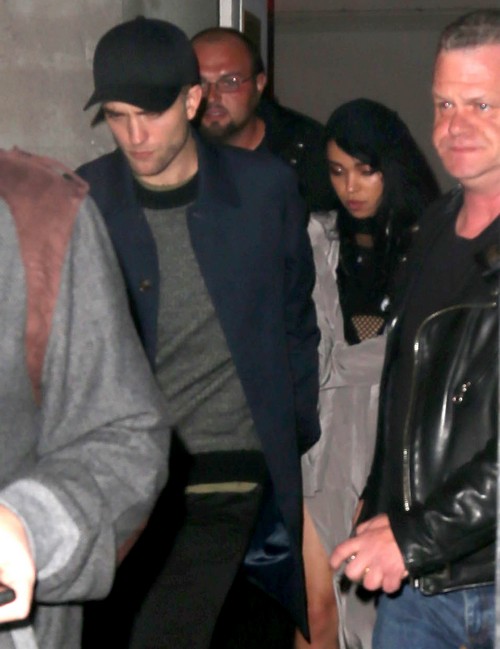 “In Touch Weekly” has come out with their latest issue and apparently the tabloid has started a rumor that Robert Pattinson is looking to elope with his current girlfriend FKA Twigs.

A source reportedly told the magazine that things have gotten so serious between Rob and Twigs that they are already talking marriage. A source revealed that Rob “wants to tie the knot as soon as possible.”

The spy said, “He mentioned a while ago that he was thinking about proposing. No one would be surprised if they eloped. Rob’s family really likes her and are thrilled that he’s so happy. He’s telling everyone he knows that she is the one.”

We know that the happy couple has been spending a lot of time together. She is set to go on tour soon and has been staying at his place in Los Angeles with him. She recently told the media that she suffers through the paparazzi attention because her boyfriend is worth it and they do appear to be in love – so crazier things could happen in Hollywood.

We have yet to hear confirmation of any marriage proposals, but we’re not counting this one out just yet. Stay tuned…