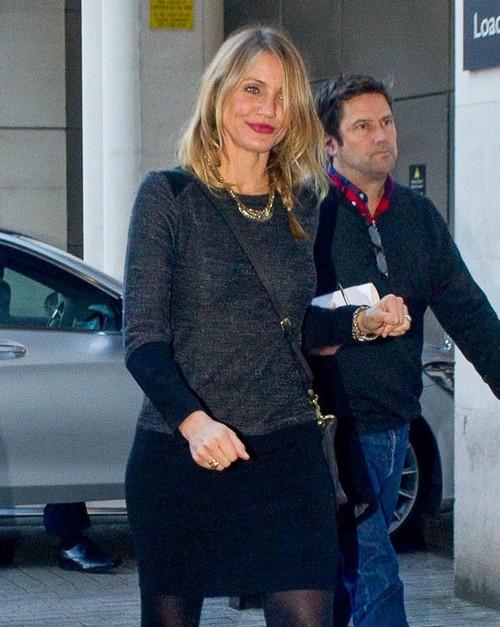 Cameron Diaz is engaged to be married to Good Charlotte rocker Benji Madden, according to reports. The actress was seen showing off a huge diamond ring recently, giving way to rumors that Benji had proposed.

Cameron and Benji have been dating since earlier in the year and were recently said to have moved in together. They were reportedly bickering about her habits of being a germaphobe and she was allegedly miffed at him for being a huge slob.

The engagement rumors have come out after the duo has been dating for roughly seven years. A source revealed, “Everyone thinks it’s wild but are so happy for them. Benji always tends to fall in love easily, but this time it’s for real and he landed a great girl. They obviously both make each other incredibly happy and there’s nothing better than that.”

A friend of the couple revealed that they have Nicole Richie to thank for the pairing. Reportedly, the wedding is all Benji’s idea, as well. A pal said, “He is more traditional than her. She really doesn’t care about getting married but wants babies. He wants to get engaged and married first.”

Don’t be shocked if there is a baby in their future soon!