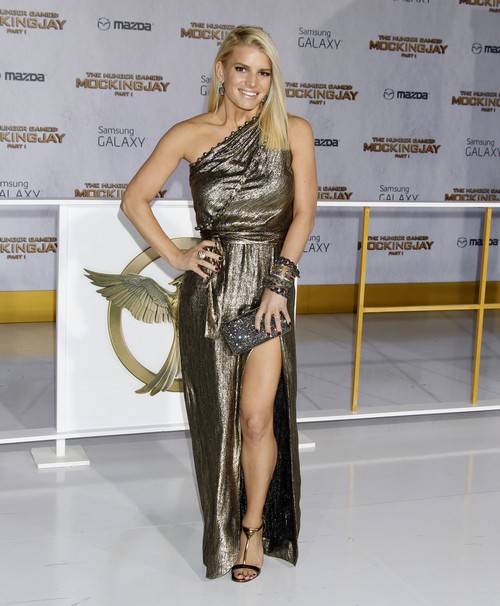 Jessica Simpson has been choosing booze over her family with Eric Johnson, according to a new report from “Life&Style” magazine.

A source reportedly told the magazine, “She used to have a girls’ night once a month, but it’s once a week or more.”

Reportedly, the singer-turned-fashion designer heads out to Mexican restaurants where she drinks a lot. The spy said, “She barely eats and downs skinny margaritas. It doesn’t take much to get her tipsy!”

The tabloid also noted that Jessica was so busy with her new partying lifestyle that she has left her two children Maxwell and Ace home with their father Eric Johnson. The magazine reports, “He’s frustrated and is starting to feel like a babysitter. Jess goes out more without him than with him!”

I’m going to call BS right here and now. There is no way that Eric Johnson feels like a babysitter with their two kids. They probably have a staff of nannies following the kids around, watching their every move.