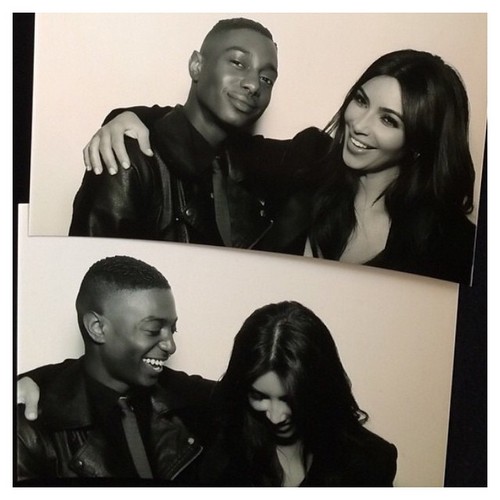 Reality star Kim Kardashian doesn’t always smile in pictures and we have learned that it’s on purpose. She says that the reason behind her plain looking, pouty-lipped face is because to smile would cause her to have wrinkles in the future. She is probably Botoxing herself silly and can’t really show any expression anyways, but apparently she doesn’t want to risk smiling a lot because of the effects it has on her as she ages. Oh Kim, you are so dumb. Live your life already!

She shared the above picture on her official Instagram account with the caption: “See I do smile… even laugh on occasion. Not too often though because it causes wrinkles.”

We had guessed that perhaps the reason she wasn’t smiling all that often was because Kanye West wasn’t actually making her as happy as she would like us all to believe. In case you hadn’t heard, the couple purchased the $3 million property adjacent to their Hidden Hills mega mansion because it would allow them the space to have Kanye’s recording studio. That means he would no longer need to fly out to Paris so often and leave Kim feeling abandoned with Nori and their 800 nannies.