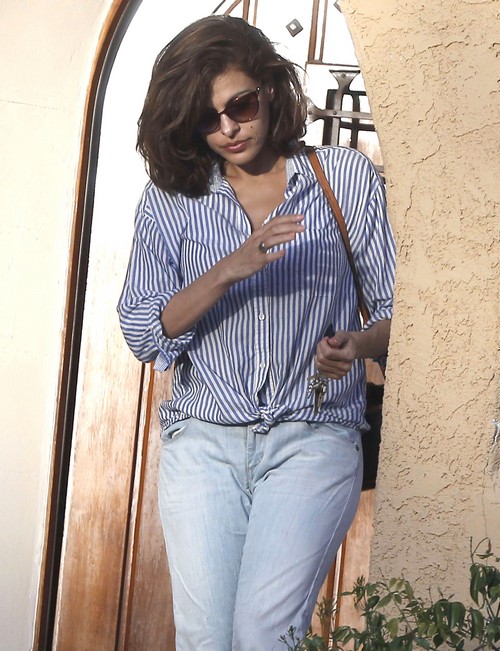 Eva Mendes and Ryan Gosling aren’t on the rocks, but according to reports, she has no plans to marry him at all.

The happy couple welcomed their daughter Esmeralda into the world only three months ago, but they are said to be pretty content with the way things are going so far and aren’t looking to change their relationship status.

A source said, “Neither felt the need to get married, it’s just not a huge priority for either of them. They know what they have.”

Gosling has been keeping busy filming “The Nice Guys” in Atlanta, Georgia, leaving Eva alone with their daughter in Los Angeles. The source said, “Ryan and Eva are super-super private. The last thing they’d do is bring a baby, who’s barely three-months-old, to a film set teeming with paparazzi. Ryan specifically wanted it like this – with paps following him in Atlanta, they’re mostly leaving Eva and the baby alone.”

The spy added, “The baby is still not sleeping through the night yet so she’s tired. She’s also still getting used to breastfeeding, it’s not easy. But she’s happily in nesting mode.”

Sorry ladies who thought that Ryan and Eva were on the verge of a split!

Ryan Gosling Cried After One Night Stand – Too Sensitive?