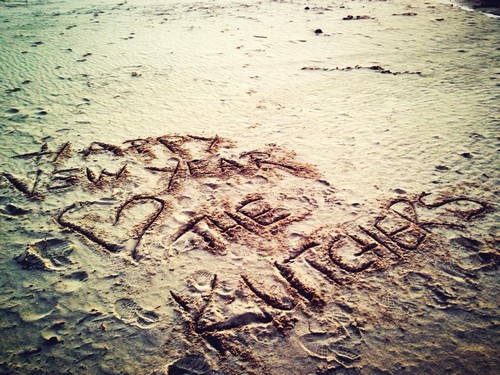 Ashton Kutcher and Mila Kunis have sparked a lot of rumors that they have tied the knot in a secret ceremony – after posting the above picture on his Facebook account.

On New Year’s day, the happy couple shared the picture, prompting tons of speculation that they have walked down the aisle together. Of course, the couple is no stranger is to hijinks via social media. When their daughter Wyatt Isabelle was born, the actor shared eight baby pictures on his official website, leaving fans to guess which was actually his daughter.

The picture reads: “Happy New Year – The Kutchers”. Does it mean that they have gotten married in a private ceremony? Mila has said in the past that if she ever got married, she would do it in private and no one would be invited.

What do you think? Hit the comments and have your say!