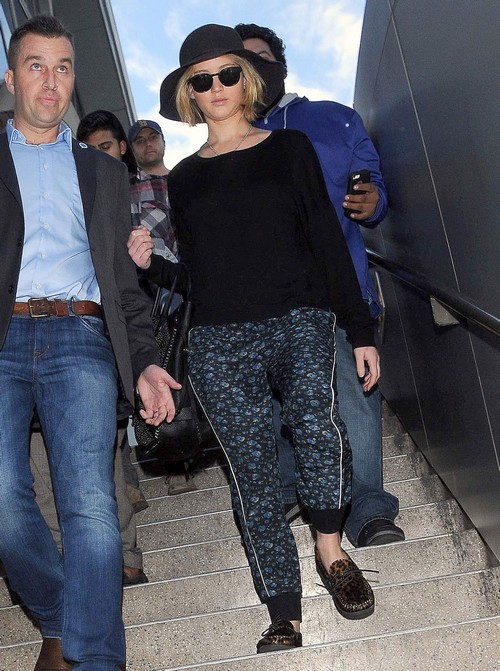 Rumors are flying around the internet suggesting that Jennifer Lawrence and Chris Martin have rekindled their relationship.

According to reports, Jennifer and Chris were spotted on a dinner date earlier in the week. The former duo split up in October after dating for a short while. Now, they were seen grabbing a bite to eat at the Kiwami Sushi in Studio City, California.

An eyewitness said, “They were engulfed in their little world of conversation. They were into each other and not noticing anyone else around the,. They seemed to be just content with each other. He was really listening to what she was saying.”

Jennifer was said to be struggling with Chris’ close relationship with his ex-wife Gwyneth Paltrow. A source previously revealed, “It is hard for her to understand the feelings between Chris and Gwyneth.”

It was only a matter of time before they reconciled. Perhaps J-Law just needed some time to get readjusted to Chris’ super close relationship with the ever meddlesome GOOP. What do you think?