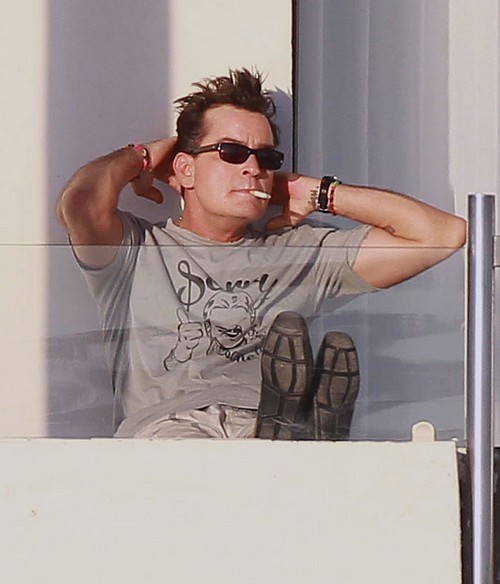 Charlie Sheen caught wind of Kim Kardashian dissing a six-year-old girl over an autograph and responded in the most epic manner possible. He called her out for having a gigantic butt and said that she should be lucky that anyone cares about her at all. Basically, he called her worthless for having snubbed a super young fan.

Now, the warlock has apologized to Kim for all of the nasty stuff he said (that was all 100% true). He called her a “pox” on the world of entertainment after Kardashian and her publicist skated past the fan. Since she didn’t respond, he has issued an apology for what he said on Twitter. Boo!

He said, “Dear Kim, my extreme bad. really embarrassed by my actions. I was already pissed about some other crap that had nothing to do with you. I heard a story that bothered me. wrote some trash you didn’t deserve. Ever. I’m an idiot as often as I’m a genius. that day, clearly I was the former. xox.”

Note to Charlie Sheen: Whenever you’re “winning” enough to call a douchebag a douchebag, please just stop there. Thanks.