Did Kylie Jenner Get A Boob Job? 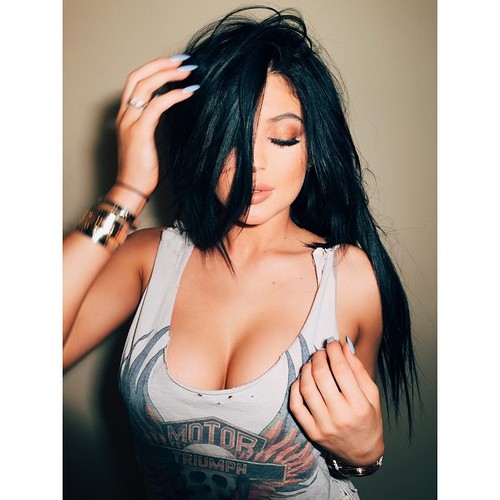 Kylie Jenner showed off the above picture on her official Instagram account and it has left everyone on the planet wondering if at 17-years-old, did her monster momager Kris Jenner hand her a credit card and tell her not to get boobs bigger than a double D?

Kylie recently talked to Cosmopolitan where she said that she hasn’t had any surgery, but she’s not against it. Her lips have become a topic of speculation ever since she got bitten by the Kardashian klone bug. She used to look sweet and innocent and now that her mother has stopped giving a crap, she looks like one of those Bratz dolls that received too many lip injections.

What do you think of Kylie Jenner’s new look? She said as she grows up, her face is going to change, but we didn’t think it meant she’d morph into a smaller version of Kim Kardashian. Are butt implants next?