Kanye West And Kim Kardashian Are Very Happy Together, Despite Divorce Rumors 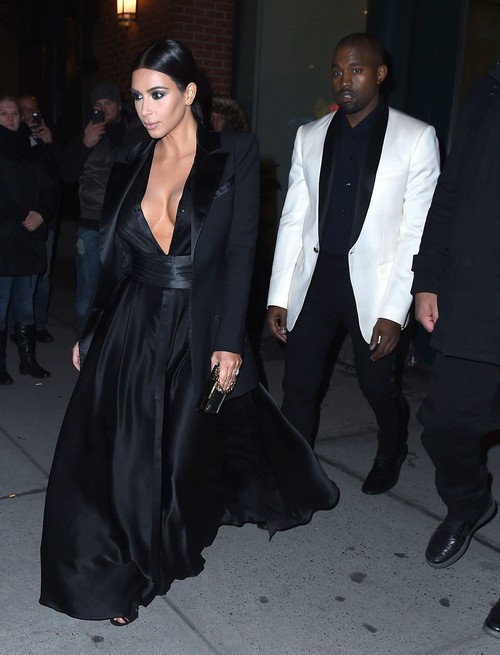 Kanye West wants us all to know that things are just peachy keen between himself and his wife Kim Kardashian.

Kim has already taken to her Twitter account to dispel rumors of a divorce right before the New Year. She said that she wasn’t sure where the media comes up with their lies, but that she and Kanye have always been obsessed with one another. Uh huh. It sounds to me like she’s trying to deflect the attention away from the rumors. I think it’s pretty likely that Kim called up Kylie Jenner and told her to take some of the media heat off of her and Kanye by showing off her cleavage.

Just recently, Kylie showed off her boobs on Instagram – leaving everyone to wonder if she had a boob job at the tender age of only 17. Nothing in that family really happens by accident, don’t you think?

Despite all of the rumors, Kanye says that they are happy together. A source revealed, “Kim and Kanye were very sweet all night. She had her hand on his leg and he kissed her at one point of the night. You can tell they were very happy. Kanye couldn’t keep his eyes off Kim and they were talking to each other a lot as well.”

Well, there’s our definitive proof that things are just hunky dory between these two – they talk a lot. Case closed, we can all go home now.