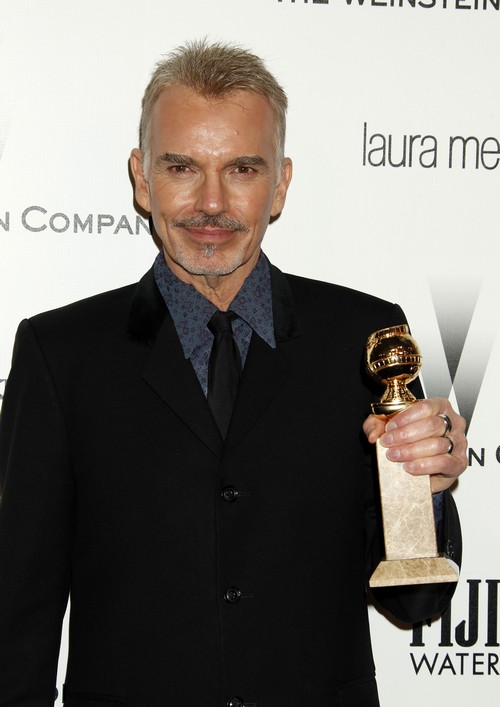 Billy Bob Thornton has revealed that he wants to bang Jennifer Aniston before the day he dies. How’s that for adding some drama into the mix?

Good old Billy Bob was married to Jennifer’s arch nemesis Angelina Jolie from 2000 to 2003, but he has revealed that it is his lifelong goal to score Jennifer in the sack.

Access Hollywood hosts Billy Bush and Kit Hoover asked Thornton to play a game of “Would you rather…?” as a nod to an earlier move from Tina Fey and Amy Poehler’s Golden Globes opening.

“Who would you rather… Jennifer Aniston or Reese Witherspoon?” Hoover asked.

Asked about his choice between Keira Knightley and Aniston, Thornton maintained his love for the Cake star, saying, “Jennifer Aniston. How many times does it take you for you to get this through your head?”

He probably doesn’t stand a chance to actually get Jen in bed, but I’m sure she is feeling pretty flattered with the thought that Billy Bob wants to have sex with her. It’s like an ego boost. What do you think?