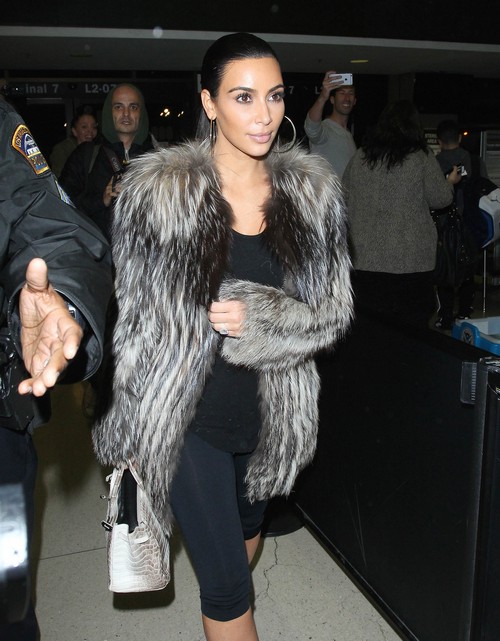 Kim Kardashian and her husband Kanye West are considering using a surrogate for their second pregnancy.

Kim griped a lot about everything during her first pregnancy and claimed that she gained a bunch of weight the first time around. Apparently, she and Kanye feel that this is the best solution in order to protect Kim’s so-called “brand”.

A source said, “Kim will use a surrogate because she doesn’t want to have a huge weight gain as she did while pregnant with North. Having worked very hard to get her famous body back into shape, Kim is afraid of being unable to do it again. Besides the weight gain, the pregnancy was very hard for Kim’s body. Constantly having cramps, and being uncomfortable made her miserable.”

The spy added, “It will be done with the utmost discretion. The surrogate would be very carefully screened.”