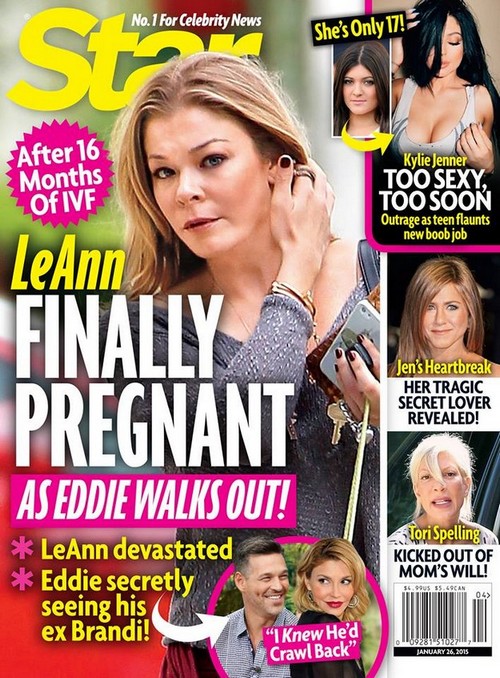 The cover of the new issue of “Star” magazine focuses on a fake pregnancy for country singer turned tabloid staple LeAnn Rimes.

The tabloid reports that LeAnn has announced that she is pregnant, but her husband Eddie Cibrian wanted no part of it and has decided to walk out. The only reason why we’re calling BS on this particular cover is because LeAnn has and likely always be Eddie’s meal ticket. Why on earth does anyone think that he would bail if he knocks her up?

That’s just money in the bank and Eddie isn’t stupid. At least not stupid enough to walk away from something once it gets profitable.

The magazine reports that Eddie walked out amid LeAnn’s devastation and was seeing his ex-wife Brandi Glanville. We’re not buying a word of it…Are you? Share your thoughts with us in the comments section below.