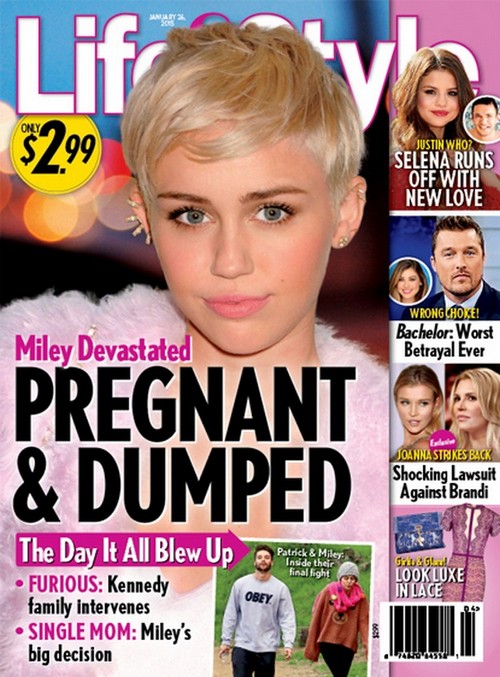 Miley Cyrus is pregnant and dumped – according to the cover of the new issue of “Life & Style” magazine.

This entire would be so much better if any of this were actually true, but we’re not sure that it is. We’re not even sure that this story is even in the same stratosphere as the truth, but it’s fun to speculate.

If Miley Cyrus was actually pregnant, we’re doubting that Patrick Schwarzenegger would be such a tool that he would leave his girlfriend high and dry. We’ve heard numerous reports that his mother Maria Shriver does not approve of Miley, but we’re guessing if he knocked her up, he wouldn’t be running away.

The Kennedy family reportedly intervened in their relationship and it has caused the duo to part ways. The magazine is obviously all out of ideas…. We can’t wait to see what they make up next!