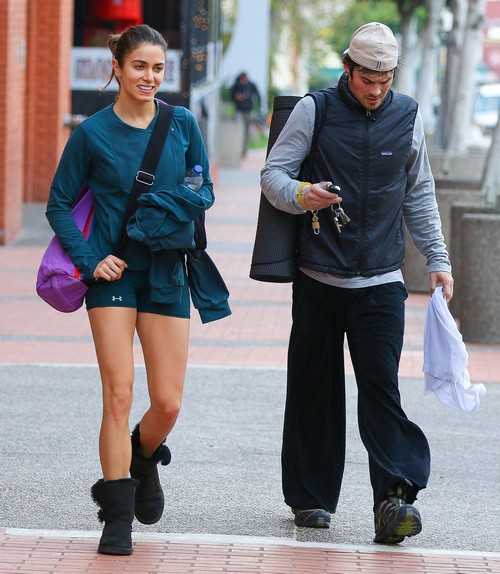 Has Ian Somerhalder popped the question to Nikki Reed? A source reportedly close to the situation says that he asked for her hand in marriage over the holidays.

The spy said that the duo are set to get married after only six months of dating. The source revealed, “It happened over the holidays.”

According to the new report, the duo are planning a small wedding this summer and were overheard discussing the details at the World Dog Awards over the weekend. A source said, “They mentioned a June [wedding] date. They’re really excited.”

The actress has been wearing two diamond rings on her right ring finger, thus sparking speculation that they are in fact, engaged. The insider said, “Nikki said she wears the ring on her right hand because they want to keep it quiet now.”

They make a sweet couple, don’t they?