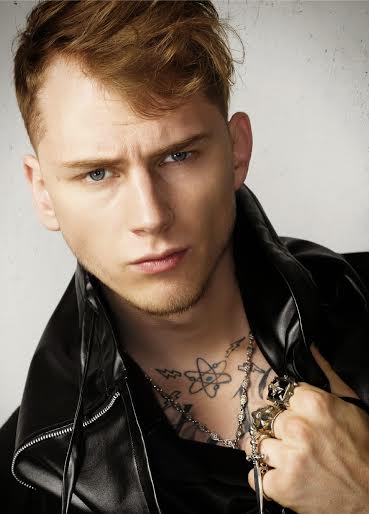 Showtime is launching a fresh comedy featuring Colson Baker – aka Machine Gun Kelly. He joins ‘Roadies,‘ which turns the focus from the band on a “hot-ticket tour” and details the reckless, romantic, funny and often poignant lives of a committed group of characters who live for music and the de facto family they’ve formed along the way.

Staring as Jesse, the rapper /actor is the twin brother to Kelly Ann, played by Imogen Poots. His big heart thrives around guitars and espresso machines. The show follows the day-to-day life of a successful rock tour as seen through the eyes of music’s unsung heroes – the crew members who get the show on the road. Luke Wilson and five-time Emmy Award nominee, Christina Hendricks, join Rafe Spall, Peter Cambor and Academy Award nominee Keisha Castle-Hughes.The one-hour comedy pilot will begin production in Vancouver later this week.

You will recognize Baker from his debut film, ‘Beyond The Lights.’ Catch him in the horror film ‘Viral,’ and the long-awaiting sequel to the Cannes and Sundance Film Festival cult-hit ‘SLC Punk entitled Punk Is Dead.’ He dug his feet into the business after bursting onto the music scene and quickly earning the moniker – Machine Gun Kelly (or MGK by his fans) because of his rapid-fire delivery.

The Cameron Crowe comedy is currently prepping to shoot in Canada. Stay tuned!