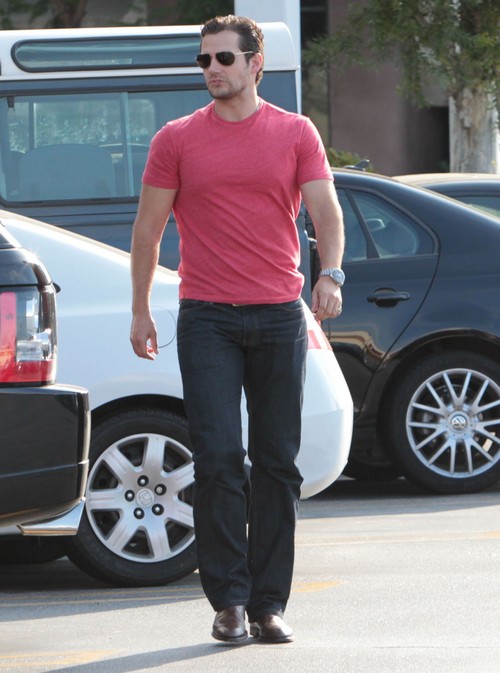 I’ve got to say, Henry Cavill plays a really hot looking Superman. I’m not sure if he’s actually better at it than the late, great Christopher Reeve was, but let’s just say that he’s nice to look at.

He is gearing up to don the famous red cape for the second time in the new flick “Batman V. Superman: Dawn Of Justice” and Cavill says that he doesn’t think about walking away from the franchise any time in the near future.

In a new interview, he said, “I love the character. I love working with Warner Brothers and what they’re doing with it, and so fingers crossed I’ll be able to tell the story for many, many years to come.”

Superman and Batman will go head-to-head for the first time on the screen together and the actor insists that Zack Snyder’s vision for the two of them is something special. He added, “It’s Zack Snyder, so it’s going to be a visual spectacle, and it’s cinematic history. Fingers crossed it turns out to be as exciting as I think it is.”

Will you be heading to the theater to see the movie?