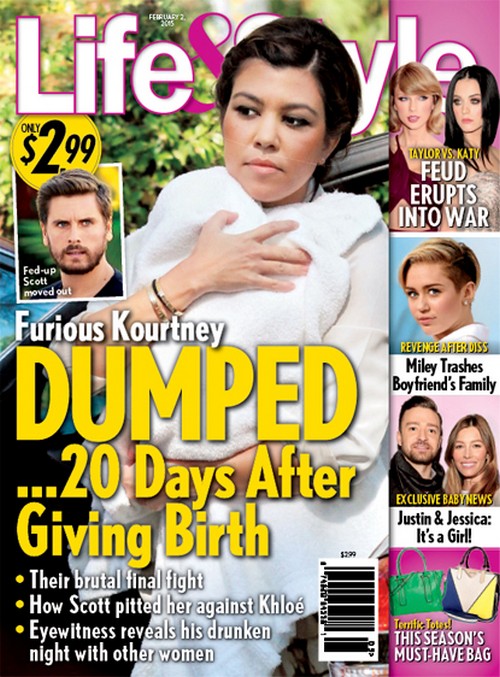 Scott Disick hasn’t dumped his girlfriend Kourtney Kardashian, despite what is on the front cover of the latest edition of “Life & Style” magazine.

The magazine reports that just after twenty days following the birth of their son Reign Aston, he has ditched the mother of three. That just seems ridiculous, doesn’t it?

Certainly, Kourtney can be a pain in the neck, but we don’t think he is going to break up with the mother of his children because of their issues. Scott has also been a pain with his problems with drinking, but we highly doubt that he’s out there skeeving around with other women like the tabloid suggests.

A source said that Kourtney gave him the ultimatum to stop partying “once and for all or move out.”

An insider said, “Kourtney’s ultimatum did the opposite of its intent – Scott wanted out of the relationship more than ever. He’s had it with the nonstop nagging and another ultimatum was the last straw. He screamed at her, ‘I’m not living by your rules anymore!’ And that’s when he dumped her.”

We’re calling BS. That is all.