Kris Jenner Is A Diva; Who Knew? 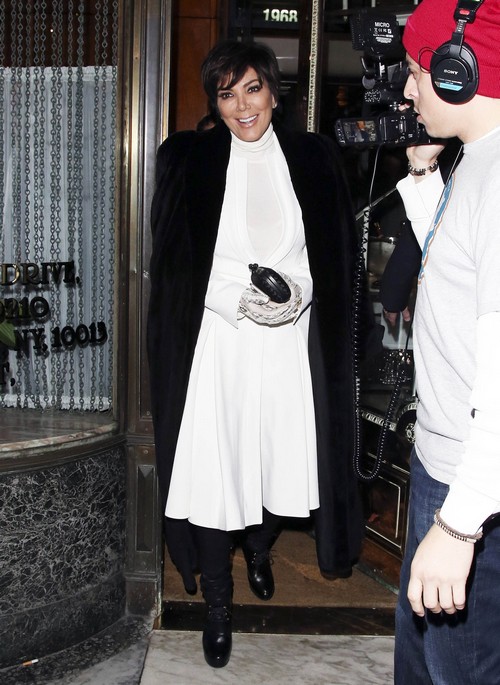 Kris Jenner attended the National Television Awards in London, but had a strict list of demands that people had to adhere to.

Not only that, but she gave out a list of questions of which journalists were not allowed to ask – one of those being if her ex-husband Bruce Jenner was gearing up for a sex change. According to reports, Kris wanted to be introduced as “Kris Jenner” and not “Kim’s mom”. The funniest rule was her ban on posing with any British soap actors or any of their reality stars – because she’s so huge over here (*cough, cough*).

Before arriving, she also set forth a rule that said she would not have to walk down more than six steps at a time. A source at the event said, “Kris sent a long list of demands before agreeing to do the show. She doesn’t do stairs, germs or Z-listers and has to fly first class. If there’s more than six stairs she won’t go down them.”

Just you wait, there’s more. Apparently this waste of oxygen also insisted that her dressing room be painted white and that it was filled with seasonal flowers and Jo Malone candles.

She’s disgusting, really. She won’t pose with Z-listers, but she’s one herself.