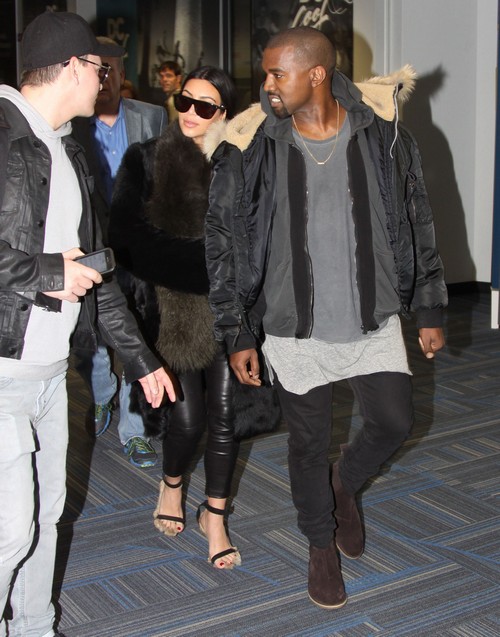 Kanye West has rapped about chicks being gold diggers, but apparently his wife Kim Kardashian isn’t one of them.

The rapper received the Visionary Award at the BET Awards on Saturday, but took the time to discuss his reality star wife. He was introduced by Damon Dash and he responded by saying, “I understand what it is to be humbled for the first time.”

He recalled a meeting with Islam leader Louis Farrakhan Muhammad, Sr. who called Kanye’s relationship with a “woman not of color” – “groundbreaking” for Kanye. He said that he and the leader tried to “focus on the idea of love and not the idea of separation.”

He said, “At the barbershop… I used to hear people always talking about, ‘Man you know when an entertainer get on, of course you know he gon’ go and get a white girl and blah blah blah and a white girl gon’ get a rich black dude.’ But I wanna say that my wife has dated broke black dudes. It got nothing to do with the money.”

And very little to do with an education, either – apparently. “It got nothing to do with” – that is obviously not proper English.