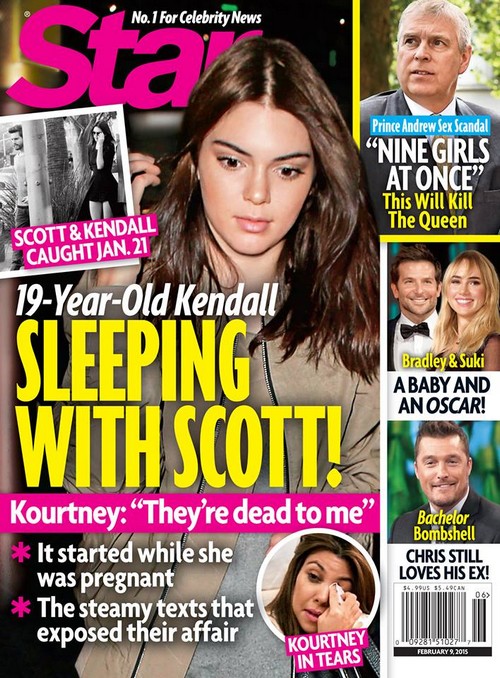 Kendall Jenner is hooking up with Scott Disick, according to the latest cover of “Star” magazine.

How lovely that the tabloids can no longer be creative and have to come up with nonsense such as this. Would Kendall actually sleep with the father of her nephews? It just sounds so preposterous to even consider that “Star” is clearly running out of ideas.

It would be gross on so many levels for Kendall to think about hooking up with Scott. Despite that, the magazine reports that Kourtney Kardashian has said that both Kendall and Scott are dead to her. In addition, “Star” says that their affair began while Kourtney was pregnant and that she has been left in tears.