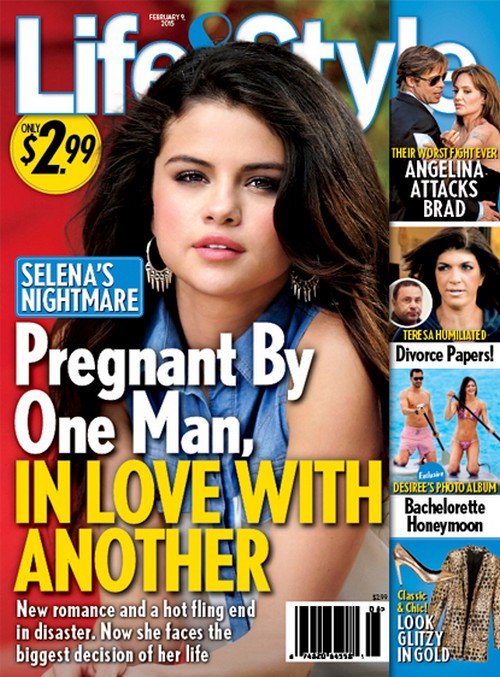 Is Selena Gomez pregnant by Zedd? We doubt it, but the latest issue of “Life & Style” insists that she’s knocked up by the DJ, but she is still in love with Justin Bieber.

A source told the magazine, “Weeks into her relationship with producer DJ Zedd, Selena is convinced she’s expecting his baby – and terrified of what it could mean for the recent rekindling of her troubled love with Justin Bieber.”

So basically, the tabloid is reporting that Selena is in love with Justin, but is pregnant by the new guy. The source said, “She thinks she could be pregnant since she has gained so much weight lately and hasn’t been feeling well. She thought she had the flu at first, but she also isn’t the best at taking birth control, so she is majorly stressing.”

It’s all lies, really. Selena is not pregnant by DJ Zedd and if she was, we doubt that “Life & Style” would have any inside scoop. What do you think?