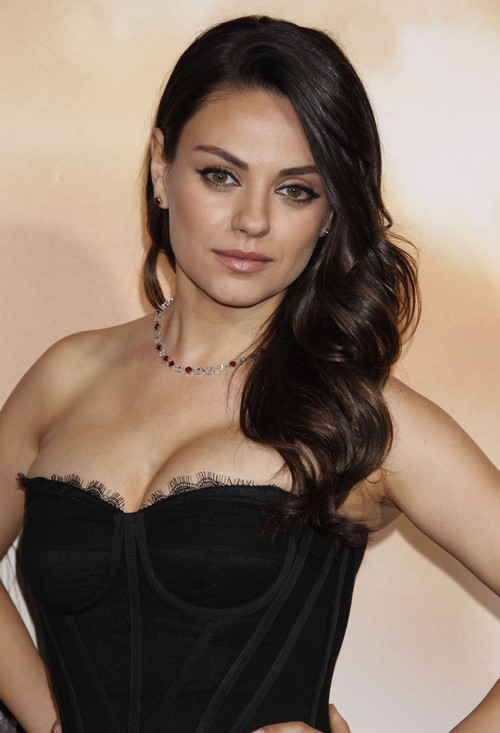 Mila Kunis and Ashton Kutcher might have gone and tied the knot in secret, just like she said she would do if they were going to take the plunge.

Now that it’s time to properly promote her new movie “Jupiter Ascending”, Mila has been giving up some details about her personal life. In a new interview with Ellen DeGeneres, Mila talked about the picture that Ashton shared on his Facebook page that led everyone to believe that they had gotten married.

Ellen said, “It says, ‘The Kutchers’, so it sounds like you’re married.”

Mila said in response, “I don’t know. We could just be a plural. My daughter has his last name legally.”

Ellen replied, “Why would it be such a secret if you were married? Are you still trying to stay on the market for men? It’s a whole professional thing.”

Mila joked, “You got it figured out, Ellen.”

They are going to drag out the suspense for so long that no one will actually care when she confirms the news.