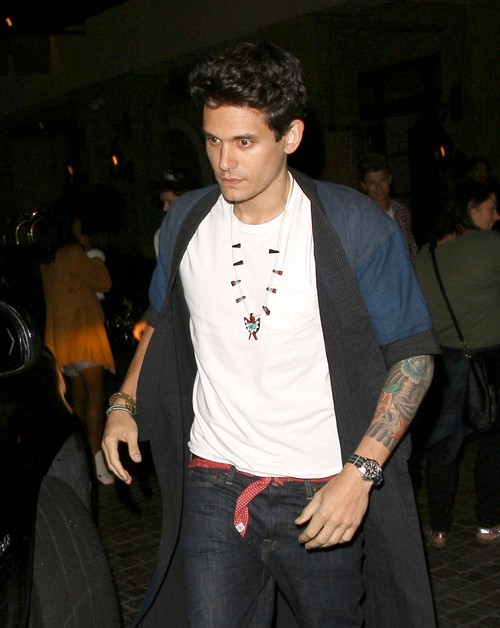 John Mayer is praising Katy Perry over her Super Bowl performance because he naturally wants to see her naked again.

John and Katy are dating again, but he is taking measures to keep their relationship going instead of letting her go. He offers her up the praise and she offers up the boobs. It seems like a fair enough trade for him, no?

Her ex-husband, Russell Brand, offered up his words of wisdom before her Super Bowl performance. She was miffed to learn about his comments, despite there being no ill will between them. He said she’d kill it and she did – but she took offense at his involvement in her life.

Despite that, her nitwit douchebag boyfriend can offer up the praise and she eats it up. Ugh.

I guess she is doing alright. Perry is getting her own mobile game a la the Kardashians. She signed an exclusive, five-year partnership to create a free mobile game with Glu Mobile Inc. The company is also responsible for “Kim Kardashian: Hollywood” game and will crank out an iOS and Android version of Katy’s game before 2016.

No word on what the game will entail, but Glu CEO Niccolo de Masi stated, “She is a cultural icon and we expect to translate key elements of her success into an innovative, highly entertaining mobile experience.”

Looks like Perry will be enjoying mountains of cash to ease the sting of well-wishes by her ex husband.