The Originals Review Season 2 Episode 13 ‘The Devil is Damned’ 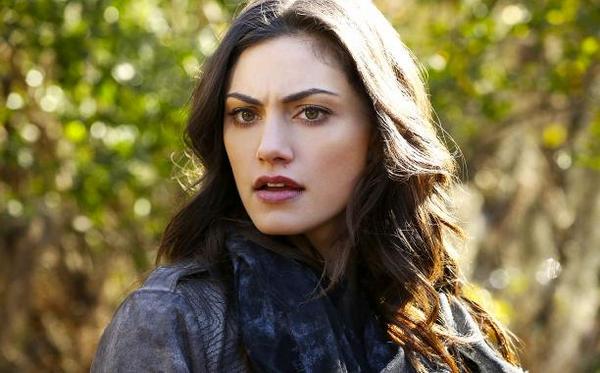 Here is The Originals Review Season 2 Episode 13 ‘The Devil is Damned.’ Click HERE for more recaps of The Originals…

Finn is chanting over a doll and there is a map laying by it. Apparently, he is attempting to find Hope’s location. No dice – the map burns to ashes. Finn becomes enraged and slams the table. In walks Freya, as nonchalant as can be. Finn demands to knows who she is. Freya muses that she was wondering if he would remember her. Finn is not in the mood and tells either she comes out with who she is or she pays the price. Freya ask him if he remembers when they used to climb trees together. Finn says Freya but it’s impossible. Freya just hugs him.

Rebekah and Klaus catch Elijah up on the whole Freya is back story. Klaus points out their family has a unique gift for cheating death. Elijah say the need to go whatever it takes to keep Hope safe. Klaus brings up Haley and Jackson getting married and Rebekah asks what in the hell she has missed.

Klaus tells Rebekah that Aiden called to say that Finn took Marcel. Klaus laments how his family makes him want to kill himself when Kol pops in. Kol is upset because Finn made it impossible for him to jump to another body and then cursed him so he will die. Kol ask klaus for help. Klaus calls him shady. Kol says he doesn’t deserve to die. Klaus ask what Kol’s con is. Kol says the truth. Rebekah confirms Kol isn’t lying. Kol tell klaus Finn is trying to get Marcel to spill Klaus’s secret. Klaus tells Kol there is no secret. Kol tells him if he does have one Finn will eventually get it out of Marcel.

Freya is with Finn she is telling him how Dahlia cursed her. Finn ask if Dahlia is still alive. Freya tells him that Dahlia is her cross to bear. Finn brings up the first born curse and then tells her that Klaus has a daughter. Freya ask her whereabouts. Finn tell Freya it is impossible to find her. Freya tells Finn she can find her and then tells Finn to get some things so she can work the spell.

Marcel wakes up. He checks on Gia and tells her they will get out of there. Finn tells Marcel he has task for him. Marcel flat out refuses. Finn kills one of Marcel’s vampires and ask him if he might want to reconsider. Marcel ask what it is Finn wants. Finn wants some of Haley’s blood.

Hope gets hurt and starts bleeding. Elijah sees it and starts to go aback to the dark side Cami mages to break him from it.

Kol wants to know Klaus’s secret. Klaus tells him hell to the no. Kol tells Klaus he and Rebekah don’t have enough power. Klaus wisely points out they need Davina. Klaus grabs Kol’s head to see if he can get the spell. Klaus is treated to Kol’s visions of wanting to kill him.

Elijah is putting a band aid on the boo boo on Hopes adorable little head. Cami tells him how proud he is he pulled himself out of the web his mom created. Cami thinks he needs to do some exercising of demons opinion the form of house work so she hands him a list.

Hayley is watching Jackson play with some kids. Haley tells him to head to Mary’s and she will meet him there. Haley senses Marcel and ask him what he wants. Marcel tells her he was sent by Finn to get her blood so that he can find her daughter. Haley ask how he knew she was still alive. Marcel tells her he just put two and two together and got four. Marcel tells Haley he has to return with something. Haley calls Klaus.

Klaus is flipping out on Kol. Rebekah orders him to stop. Kol tells Klaus he can figure out how to destroy Finn on his own. Kol storms off. Kol realizes he has a nose bleed and then he gets a call from Finn. Finn tells Kol if he gets him Klaus’s blood he will let him live. Kol tells Finn the pleasure is all his.

Meanwhile Elijah is about to fix a fence. Too cute for words.

Kol storms back in and knocks Rebekah out and then pushes Klaus down. Kol tells Klaus he is the one they did wrong. Kol thinks none of them care if he lives or dies. Klaus tells Kol he needs him by his side. Klaus tells Kol he will tell him his secret if Kol proves he is worthy of it. Kol agrees to help Klaus and tells him to go back inside his head and get the spell.

Hayley tells Jackson she needs some of his blood. Jackson and some other wolves cut their hands and out the blood in with some ashes.

Kol, Klaus, and Rebekah go to confront Finn but he isn’t there. Kol tells the. Finn tricked them he has known where Hope was all along.

Klaus tries to warn Elijah but it’s too little too late Finn is already there and standing in front of Elijah. Finn hurls Elijah back.

Cami is gone with Hope out shopping for fruits and veggies. She calls Elijah to say they are on their way back. Cami then brings up her concern about him using his blood to heal Hope’s cut.

Gia and the other vampires are in a van. They catch the smell of blood.

Elijah calls Finn a coward, Finn offers his rebuttal,in the form of several tools slammed into Elijah. One nails him in the chest and Elijah goes down.

Kol thinks he can out Finn in another body that is miles away from Hope. Rebekah isn’t sire she can help. Kol says he will just channel her power. Klaus brings a bunch of dark objects for them to use. Kol grabs Rebekah’s hand and gets started.

The vampires attack the wolves. They run in and Marcel says they will have to hold them off until Finn’s spell is broken.

Finn head into the house and doesn’t find Hope. He does however find Cami’s sweater. Elijah hears him calling out for Cami and pulls the thing out of his chest.

Kol needs more power so Klaus lets him cut his head so he can channel him as well. Kol chants and the magic is in the air.

Finn is still looking for Hope and Cami. Elijah who is a firm believer in tit for tat slams a tool into Finn.

Kol is still chanting. Elijah is getting magicked around by Finn. Finn gies for Elijah. Kol is still,chanting while Haley is fighting off the vampires. All of a sudden the vampires fall to the ground. Marcel tells her the spell is broken.

Rebekah praises Kol. They hug but then he starts having a coughing fit. Rebekah promise she isn’t going to let him die.

Marcel picks up Gia and carries her out of the woods. Jackson runs to Haley and she hugs him. Haley tells him they need to get married right away.

Klaus tells Rebekah and Kol that he is confident that Elijah will protect Hope.

Fin is staggering into the living room. Finn finds Elijah on his knees in front of the fireplace staring at the blood on his hands.

Cami is driving up to the house when Hope starts fussing. Cami tries to soothe her by humming a song.

Finn starts berating Elijah and bringing up his past sins and telling him if he wasn’t obsessed with being so tidy he could have saved his niece.

Cami’s car stalls right before she gets to the house. She tries everything but it’s dead.

Elijah tells Finn that quite the contrary his head is in fact clear, clear as the gas that is inside the house and filling every inch of it. Elijah tells Finn he has disgraced their family for the final time. Elijah takes off his daylight ring and tells Finn goodbye. Elijah’s arm catches fire and the house explodes. Thank God Elijah is a Original.

Cami yells OMG and then like magic the cars engine starts. Cami looks back at baby Hope with wonder on her face.