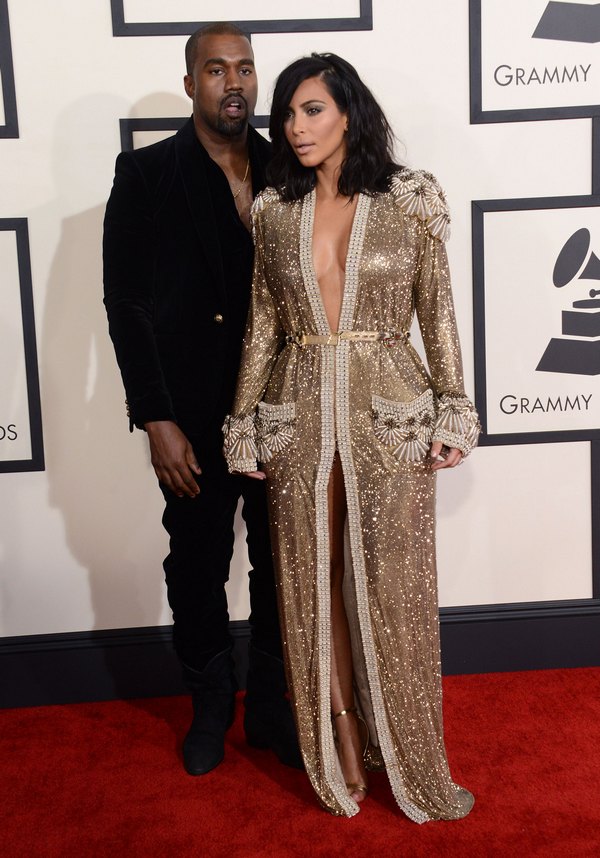 Kim Kardashian and Kanye West are reportedly fighting about Rihanna, mostly because Kanye is supposedly ‘growing close‘ to the singer.

We already that Kim Kardashian is the jealous type, so I don’t think it’s a stretch to buy that she wouldn’t want Kanye getting ‘close’ to any other woman, much less a single, attractive, talented woman. One of Kim’s biggest insecurities seems to be the fact that she’s a D-list reality star, whereas her husband is one of the biggest names in the music industry.

As much as some people might hate to admit it, Kanye West is talented and that’s the reason he’s famous – unlike his wife. That also means that Kanye will continue to hang around women that he’s probably more qualified to be with, so of course Kim is going to be conscious of that.

And all three of them were reportedly at a Superbowl party, where Rihanna supposedly proceeded to flirt with Kanye and ‘blow off’ Kim. And of course, Kim hates being blown off, especially by A-list stars. So when Kanye started spending more time with Rihanna, Kim was reportedly furious.

OK!’s source explains, “Kim was mortified. She trusts Kanye but wishes he would have her back when it comes to Rihanna.”

Does Kanye have Kim’s back when it comes to anything? From all these reports, it just seems like he does whatever he wants and Kim just has to put up with it. Understandably, Kanye’s the anchor of that relationship, and Kim won’t risk upsetting him and driving him away. So to confront him about flirting with Rihanna? Yeah, something that would probably never happen.

What do you guys think? Would Kim Kardashian start a fight with Kanye West over Rihanna? Let us know your thoughts in the comments below.