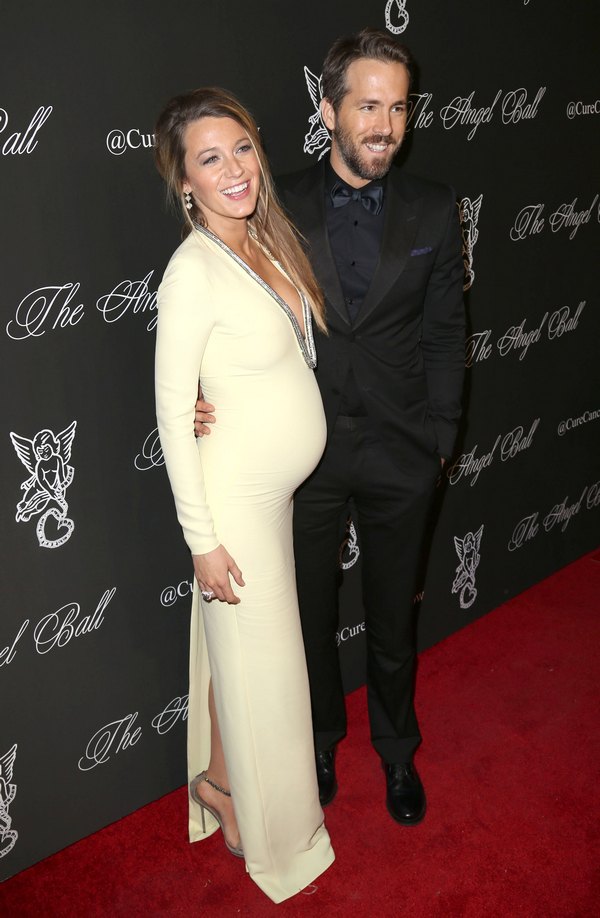 Blake Lively and Ryan Reynolds have been keeping the details of Blake’s birth fairly under wraps, despite Blake’s website ‘Preserve’ promising to focus on her upcoming baby.

Neither Blake nor Ryan had revealed the name of their baby girl, only admitting that Blake did give birth to a daughter and that she was healthy. However, a source tells E! News that Ryan and Blake named their daughter ‘James‘, and since the report comes from E!, it’s almost 100% accurate.

There was a lot of speculation going around the Internet about Blake’s and Ryan’s baby name, so this way, they can finally release the truth. Mind you, neither one of them is publicly talking about this, so this is all obviously through their publicists.

Now, ‘James’ may be a traditional male name, but it’s not all that surprising when you consider Blake’s and Ryan’s family history. After all, ‘Blake’ is technically a male name as well, and she was reportedly named after her grandmother’s brother. Thus, naming her child after a male member of their family is something Blake Lively would do, even though James for a girl is much less common than Blake for a girl.

So right now, we know that Blake Lively’s and Ryan Reynolds’ daughter is named ‘James Reynolds‘. We haven’t yet received any pictures of the baby, but even if we don’t get any paparazzi shots of the baby, I’m sure we’ll end up getting something or the other soon enough. After all, isn’t that the point of Preserve? Blake might bleat on and on about privacy, but at the end of the day, she’s the one who started the website. And although the website is technically a lifestyle website, the main purpose is to drive traffic to the page – which will only happen with baby-related news.

What do you guys think about Blake and Ryan naming their daughter ‘James’? Let us know your thoughts in the comments below.