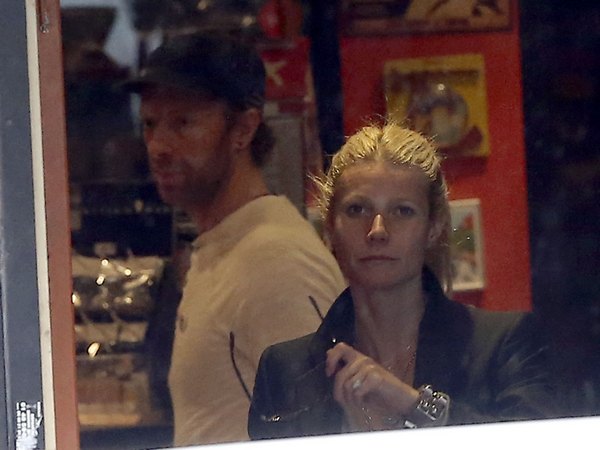 Chris Martin and Gwyneth Paltrow ‘officially’ separated last year, and at the time, both of them said that they tried everything to make their marriage work. However, there were also rumors that Chris was cheating on Gwyneth with Alexa Chung, which didn’t fit into Chris’ and Gwyneth’s purported timeline. If they were still together before they filed for divorce, then Chris must have been cheating on Gwyneth, right?

Well, it turns out that Chris and Gwyneth actually might have had an open marriage for quite some time before their separation. A new report from Page Six claims that Gwyneth Paltrow actually bought a house in 2012 to begin a ‘year of quiet separation’, likely as a trial run. During this time, it seems that both Gwyneth and Chris were having flings, hooking up with other people, and generally being polygamous. Although they did try to work things out – at least, according to them – the trial separation might have been too successful.

Of course, Chris and Gwyneth are still incredibly close, especially in comparison to most couples that just went through a divorce. They spend a lot of time together, they’re still raising their children together, and they even stay each other’s houses sometimes. This has definitely played a role in the Chris Martin – Jennifer Lawrence – Gwyneth Paltrow love triangle, and has reportedly led to some difficulties in Chris’ relationship with Jennifer.

However, our biggest takeaway from this is that both Chris Martin and Gwyneth Paltrow knew their marriage wasn’t working for a long time, especially if Gwyneth went and bought a house. The only question is – was 2012 the first time they discussed a divorce, or was it the first time they actually did anything about it?