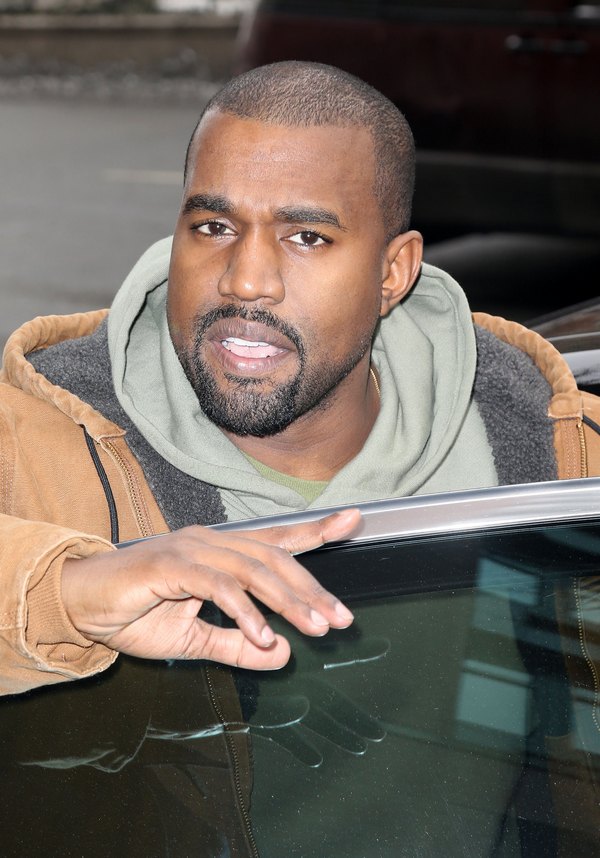 There are celebrities, there are crazy celebrities, and then there is Kanye West. Kanye belongs in a category entirely of his own, and his actions definitely support that. By now, everyone’s heard about Kanye going up on stage this weekend at the Grammy Awards and trying to get Beck to give away his ‘Album of the Year’ Grammy trophy to Beyonce. He later reiterated that he felt Beck didn’t deserve the award, and he was taking attention away from ‘real artists’ like Beyonce, Jay-Z, and himself. Way to be humble there, Kanye.

Kanye’s been giving interviews about the incident, and he briefly spent some time talking about it during Ryan Seacrest’s radio show yesterday. He explained, “You know, I felt like just the whole Grammys, right when that happened, everybody was looking at me, and then people started screaming, ‘Kanye! Kanye! Go do it!’ Okay, that didn’t really happen, these were voices in my head. So the voices in my head told me to go up, and then I just walked up, like, halfway up the stage.”

On the one hand, it’s amazing that he feels comfortable admitting that. It’s worrying for people who care about Kanye’s sanity, sure, but it’s still amazing. On the other hand, you have to wonder how he’s even able to make music and live a functional life if he’s always listening to the ‘voices in his head‘.

Honestly, this could also just be Kanye being Kanye, and pulling a giant one on everybody. He’s already proven that he doesn’t care what people think of him, and he might just be giving the most ludicrous explanation he could think of just to mess with people. Or he genuinely believes that what he’s saying is completely normal. Either way, let Kanye West be Kanye West – it’s infinitely more entertaining that way.